The 73-year-old leader wanted to travel to Dubai, officials said. 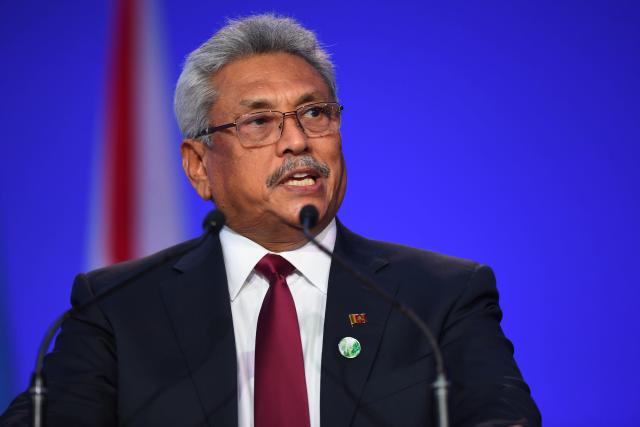 Colombo: Sri Lankan President Gotabaya Rajapaksa, who is set to resign on Wednesday, and his equally embattled brother Basil Rajapaksa remained in the country on Tuesday after being stopped by immigration officials from flying out, news reports said.

The President, who had to flee his official house on Saturday shortly before thousands of protesters stormed it, was involved “in a humiliating standoff with airport immigration staff” who blocked his exit to safety abroad, international news agency AFP quoted official sources as saying.

The 73-year-old leader wanted to travel to Dubai, officials said.

Speculation mounted that since President Rajapaksa enjoys immunity from arrest, he wanted to go abroad before stepping down to avoid the possibility of being detained.

But immigration officers refused to go to the VIP suite to stamp his passport while he insisted that he would not go through the public facilities fearing reprisals from other airport users, AFP reported.

The President and his wife spent the night at a military base next to the main international airport after missing four flights that could have taken them to the United Arab Emirates, the report said.

The President’s youngest brother Basil Rajapaksa, who resigned in April as Finance Minister, missed his own Emirates flight to Dubai early on Tuesday after a similar standoff with airport staff.

As the President remains the commander-in-chief of the armed forces with military resources at his disposal, he could still take a navy vessel to either India or the Maldives.

President Rajapaksa is widely accused of mismanaging the economy to a point where the country has run out of foreign exchange to finance even the most essential imports, leading to severe hardships for the 22 million population.

Basil Rajapaksa tried to leave Sri Lanka through the Silk Route Passenger Clearance Terminal but immigration officials at the airport refused to let him leave following the protests by passengers.

The Daily Mirror quoted immigration office sources as saying that the once powerful former Minister arrived at the Badaranaike International Airport at midnight to leave for Dubai.

The reserved flight for Basil Rajapaksa was scheduled to leave for Dubai at 3.15 am on Tuesday.

Basil Rajapaksa had to return to Colombo without being able to proceed, the report said.

SLIEOA President K.A.A.S. Kanugala said the decision was made considering the current unstable and crisis situation in the country and the strong possibility of a large numbers of accused former political VIPs using this Silk Route Clearance Terminal to leave the country.

Sri Lankan VIPs could normally arrange their flight facilities by paying money at the BIA through the Silk Route.