The forum of nationalist citizens also urged the media outlets, precisely the news channels, not to glorify the United Liberation Front of Assam (Independent) for its illogical actions. 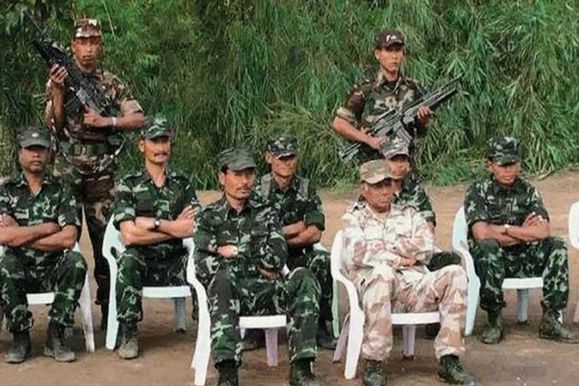 Guwahati: Patriotic People’s Front Assam (PPFA) has expressed grave concern over the news relating to the execution of two Assamese youths by the separatist militant outfit with the conviction of spying forAssam police and demanded the government to take a serious note out of its serious implication.

The forum of nationalist citizens also urged the media outlets, precisely the news channels, not to glorify the United Liberation Front of Assam (Independent) for its illogical actions.

Mentionable is that the banned outfit has claimed on Saturday morning that it has punished two of its young cadres with capital punishment.

In a statement sent to media houses, the Ulfa(I) claimed that their judicial organ found Sanjiv Sarma and Dhanjit Das guilty of spying for the police and hence both of them were executed in their hideouts.

Both Sanjiv (hailing from Baihata Chairali)  and Dhanjit from Barpeta in western Assam were new recruits of the outfit. The Ulfa(I) asserted that  both the victims confessed their crimes (of spying) and so they were pronounced as guilty in the trial held in May first week.

Ulfa (I) military chief Paresh Barua, while speaking to some city-based satellite news channels, stated that the crime of  Sanjiv and Dhanjit was unpardonable under the outfit’s constitution. So they were punished by the judicial council and accordingly executed on Saturday morning. The outfit also released two video clippings where Sanjiv and Dhanjit confessed  their crime of  secretly working for the police and asserted that Ulfa (I) is a revolutionary organization (not a terror outfit).

“Both the victims read out the lines (in Assamese) definitely under the gun point. Looking at their eyes, anyone can realize it. But shockingly the news channels continue telecasting the videos as if the Ulfa(I) did nothing  wrong with punishing both the Assamese youths,” said the PPFA statement, adding that the government (precisely the police department) should make a statement over the matter.

For any reason, no one should be allowed (not to speak of glorifying the act by a section of local media) to take someone’s life under the verdict of a kangaroo court. PPFA also appeals to the conscious people of Assam to raise their voices for justice to the victims and stand against the murder of any individual in pursuit of a so-called movement for a separate homeland for Assamese out of India.