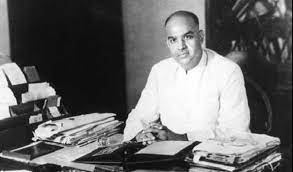 Taking to Twitter, Modi wrote: “I bow to Dr. Syama Prasad Mookerjee on his Jayanti. His lofty ideals motivate millions across our nation. Dr. Mookerjee devoted his life to India’s unity and progress. He also distinguished himself as a remarkable scholar and intellectual.”

Mookerjee was a politician, barrister and academician, who served as the Minister for Industry and Supply in Jawaharlal Nehru’s cabinet.