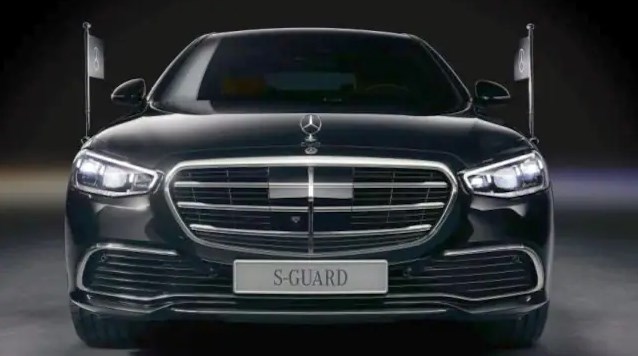 New Delhi: The prime minister has got new wheels! Narendra Modi has added the Mercedes-Maybach S650 armoured vehicle to his convoy of the Range Rover Vogue and Toyota Land Cruiser,  the Firstpost reported Wednesday.

Modi was spotted in the new Maybach 650 armoured car at Hyderabad House while welcoming President Putin of Russia. The vehicle was spotted again in the convoy of Modi recently.

The Mercedes-Maybach S650 Guard offers the highest level of armoured protection available on a car. According to reports, the vehicle can withstand bullets thanks to the upgraded windows and body shell and can take an assault from AK-47 rifles.

As per reported information, the car’s windows are coated with polycarbonate and can withstand hardened steel core bullets. The car also boasts of an Explosive Resistant Vehicle (ERV) 2010 rating and the occupants of the vehicle are protected from a 15kg TNT explosion from a distance of only 2 metres.

The cabin also receives a separate air supply in case of a gas attack.

Another report stated that the fuel tank of the Mercedes-Maybach S650 Guard is coated with a special material that seals the holes automatically after a hit. It is made up of the same material that Boeing uses for its AH-64 Apache tank attack helicopters.

The car has a luxurious interior and offers all the comforts that the standard Maybach S-Class can provide.

As the car has been modified for the prime minister, the cost of the vehicle is unknown. However, Mercedes-Maybach launched the S600 Guard in India last year for Rs 10.5 crore and the S650 can cost more than Rs 12 crore.

Prime Minister Narendra Modi has had a few cars over the years. As Gujarat chief minister, he had a

bulletproof Mahindra Scorpio. When he became prime minister in 2014, he moved up to the BMW 7 Series High-Security Edition. He then added the Land Rover Range Rover Vogue and the Toyota Land Cruiser.

With inputs from agencies