A presentation was made in the meeting before the Prime Minister on the country's evacuation effort for stranded Indians in Ukraine so far. 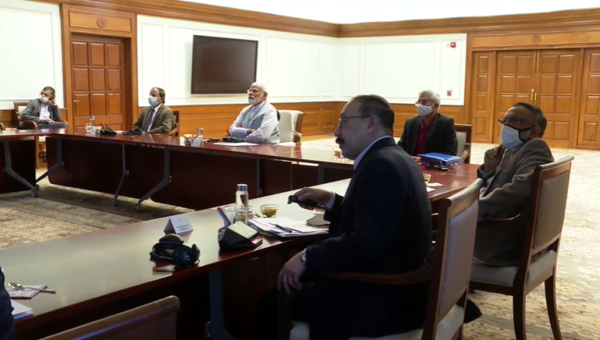 A presentation was made in the meeting before the Prime Minister on the country’s evacuation effort for stranded Indians in Ukraine so far.

Earlier, UNI had reported that the Prime Minister will chair a meeting to discuss India’s evacuation efforts in Ukraine soon as he returns from Uttar Pradesh where he went for campaigning for the ongoing elections.

Meanwhile, India has set up a dedicated Twitter handle namely (@OpGanga) to assist in the evacuation of Indians from Ukraine. The handle is disseminating information for Indian citizens in Ukraine desiring to be evacuated via neighbouring territories along with the necessary dos and don’ts.

The government has been operating special flights to evacuate Indian nationals from Ukraine via alternate routes as the fighting between the Russian and Ukrainian forces spread and intensified.

“Wherever there is a crisis in the world, we have left no stone unturned to bring our citizens back safely. In Operation Ganga we are also bringing back thousands of Indians from Ukraine. The government is working day and night to bring those who are still there to their homes with full security,” the PM said addressing a political rally in UP.

Foreign Secretary Harsh Vardhan Shringla said that under Operation Ganga, thousands of our citizens have been flown out of Romania and Hungary and another thousand have been evacuated from Ukraine through the land routes.

“Thousand of students crossed over from Ukraine into zones conducive for their evacuation by air route back to India,” he said. India has set up 24×7 control centres to assist in the evacuation of Indian nationals through the border crossing points with Hungary, Poland, Romania and Slovak Republic.

As per the estimates, nearly 13 thousand Indians are still stranded in Ukraine. There are reports that many of them are hiding in conflict zones where the fighting between the Russian and Ukrainian forces has intensified.

Meanwhile, there are reports to suggest that Ukrainian forces have mistreated Indian citizens at various Ukrainian borders. While several such claims have circulated on social media, the officials are yet to react on the claims.