The official sources on Saturday said Prime Minister is scheduled to attend a meeting in Shillong on Dec 18 where Chief Ministers of all the northeastern states are invited to be present. 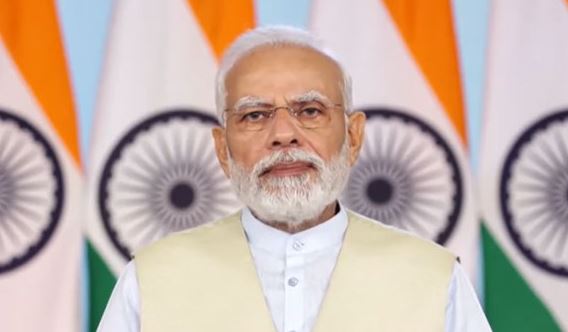 Agartala: Prime Minister Narendra Modi is likely to kick off the campaign for upcoming elections to Tripura Assembly on December 18 next at Vivekananda Stadium here on his way back from Meghalaya.

The official sources on Saturday said Prime Minister is scheduled to attend a meeting in Shillong on Dec 18 where Chief Ministers of all the northeastern states are invited to be present.

Thereafter, Modi accompanied by Tripura Chief Minister Dr Manik Saha will come to Agartala around 1.30 PM in a special aircraft from Shillong.

“Although the detailed programme of PM’s visit has not yet been finalized and not discussed in the cabinet, tentatively Prime Minister will spend three hours in Agartala and will launch a few projects from the Stadium followed by addressing a gathering. No other meetings with the cabinet or state party functionaries are scheduled so far,” said a senior official of the state administration.

The BJP sources, however, said that PM’s visit is part of the launching of the election campaign to the assembly to be held in February next year. The BJP leaders from across the country and central ministers would start activities in Tripura soon after the PM’s visit and the team for holding the election in Tripura has already been made, BJP leaders here said.

The entire election team of BJP would now be concentrated on poll-bound Tripura, Meghalaya, and Nagaland and election strategies for each of the states have been approved by the top level of the party with the advice of experienced professional organizations, they claimed.

“The state government is also going to announce several benefits for the government employees, youths, and women in the next couple of weeks to win the sympathy of the voters. There have been multipronged approaches to defang the opposition parties ahead of the elections – we shall seek votes based on our performance and people will certainly bring us back to power,” said BJP state president Rajib Bhattacharjee.

The Prime Minister has canceled his Tripura visit thrice in last two months.