Tripura government had approached the Centre for granting a special package for the state and it was granted. 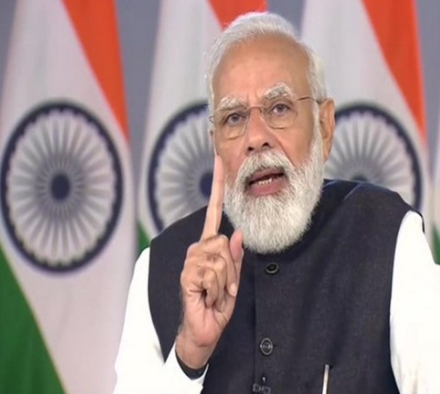 Mr Modi pressed a computer button for the online transfer of Rs 48,000 each as the first instalment to the beneficiaries of the scheme for constructing houses for Tripura and Assam as special privileges. The beneficiaries have been selected based on the data of Socio-Economic Caste Census 2011, officials said.

Expressing gratitude to the PM, Chief Minister Biplab Kr Deb said in the virtual programme that it was for the first time, such a big amount of money has been released to the beneficiaries in a single day for constructing a huge number of houses in the state.

“A total of Rs 2,200 Cr would be spent for the houses to be completed. To ensure that the beneficiaries don’t face any dearth of funds, the state government has facilitated credit linkage with the SHGs and banks enabling the beneficiaries to lend up to Rs 70,000 without any collateral to be repayable within 10 years,” Deb informed.

The ministry has already approved the designs of the house structures along with necessary registration and geo-tagging. According to the central guidelines, people having GI sheet roofed huts are not entitled to get the benefit of PMAY houses. Tripura government had approached the Centre for granting a special package for the state and it was granted.

Talking in the programme, Deputy Chief Minister holding the charge of Rural Development Jishnu Dev Varma said there were 6.97 lakh rural families but only 46,498 houses were constructed from 2016 to 2021 and now a large number of the families would get the house under the scheme.