Pentagon sending US arms stored in Israel to Ukraine – Reports

The US military hardware and munitions stockpile in Israel has its origins in the 1973 Arab-Israeli War, when the US airlifted weapons to resupply Israeli forces. 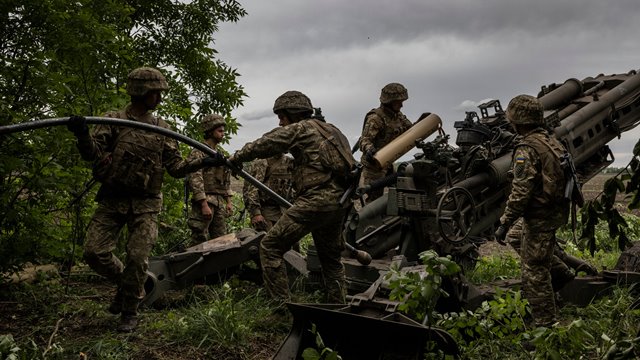 Washington: The US Department of Defense is tapping into a vast stockpile of US ammunition in Israel, which provides arms and ammunition for the Pentagon to use in Middle East conflicts, to help meet Ukraine’s need for artillery shells in the conflict with Russia, The New York Times reported citing US and Israeli officials.

The US military hardware and munitions stockpile in Israel has its origins in the 1973 Arab-Israeli War, when the US airlifted weapons to resupply Israeli forces.

According to the newspaper, in 2022 the United States and Israel reached an agreement to move about 300,000 155-millimeter shells.

US officials have been acting behind the scenes to collect enough shells to keep Ukraine sufficiently supplied in 2023.

Russia launched a special military operation in Ukraine on February 24, 2022 in response to calls by the Donetsk and Lugansk People’s Republics for protection from Ukrainian troops. The Russian Defense Ministry said the operation, which targets Ukrainian military infrastructure, aims to “demilitarize and denazify” Ukraine, and to completely liberate Donbas.

Western nations have imposed numerous sanctions on Russia and have been supplying weapons to Ukraine. Russian Foreign Minister Sergey Lavrov has said any cargo that contains weaponry for Ukraine will become a legitimate target for Russia.