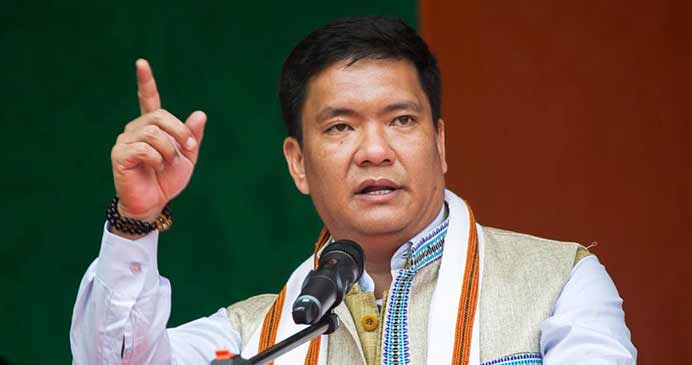 During his monthly review meeting with state Ministers, Chief Secretary, senior officials and all Deputy Commissioners (DCs) via video conferencing, Khandu also discussed ways to fight against Covid-19 besides reviewing medical oxygen preparedness in all districts.

Ninety nos of 108 Ambulance to be placed at disposal of districts,” Khandu wrote in a social media post after the meeting.

Informing that many old incomplete projects sanctioned under North Eastern Council(NEC) and Ministry of Development of North Eastern Region (DONER) were reviewed , the CM said it was decided for either early completion or foreclosure.

Among others, he also reviewed Joram-Koloriang road and stressed on its completion by April ,2022.