Panchayats across the country to prepare Citizen Charter by Aug 15, 2021

Radhika Rastogi, Deputy Director General, NIRDPR insisted that citizen charters should be used as a tool to bring awareness on the important development schemes being implemented at Panchayat level. 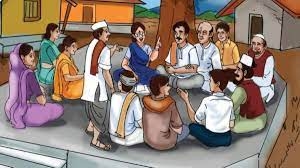 Hyderabad: National Institute of Rural Development and Panchayat Raj (NIRDPR) Director General Dr Narendra Kumar has said that the Panchayats across the country to prepare Citizen Charter by August 15, 2021.
Speaking after inaugurating the orientation training programme here on Monday, Dr Kumar emphasised that Citizen Charters will increase the trust between citizen and panchayats., a release here said on Tuesday.
As part of this program, the DG released the ‘Facilitators Training Module’ prepared by NIRDPR and shared with all States/UTs.
Mr lok Prem Nagar, Joint Secretary, MoPR acknowledged the contribution of NIRDPR in drafting the model Citizen Charter and helping the States and UTs to take it forward.
Radhika Rastogi, Deputy Director General, NIRDPR insisted that citizen charters should be used as a tool to bring awareness on the important development schemes being implemented at Panchayat level.
Total 128 nodal officers and other officials of State Panchayati Raj Departments participated in this online training.
Dr Kathiresan, Associate Professor and Mohd Taqiuddin, PR Expert, Centre for Panchayati Raj, NIRDPR handled the technical sessions on preparation of Citizen Charter.
Ministry of Panchayati Raj (MoPR), Government of India is launching a nationwide Campaign from 1 st July to 15 th August 2021 to enable the Panchayat across the country to prepare Citizen Charters.
During this period the Panchayati Raj Institutions are expected to prepare and publish its Citizen Charter, with an aim of providing services to the people in a time bound manner and redressing their grievances.
The charter will also help in making the citizens aware of their rights on one hand, and make the Panchayat and its elected representatives accountable to the people, on the other hand.
NIRDPR Hyderabad organised the orientation training, through online, on June 28 to all the nodal officers of States and UTs, on the importance of Panchayat Citizen Charters and the process involved in preparing the same.