Pakistan: Imran will remain PM till appointment of caretaker premier 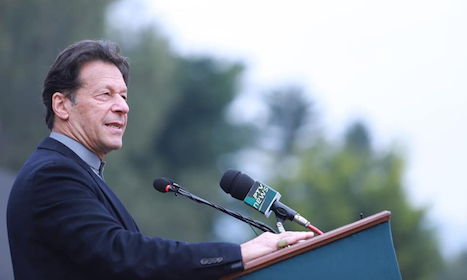 Islamabad: Imran Khan will continue to serve as the prime minister of Pakistan till a caretaker premier is not appointed under Article 224-A(4) of the country’s Constitution, according to a notification issued by President Dr Arif Alvi ‘s office, Dawn reported on Monday.

Earlier in the day, the Cabinet Secretariat notified that Imran Khan had “ceased to hold the office of the prime minister of Pakistan with immediate effect”. However, under Article 94 of the Constitution, the president “may ask the Prime Minister to continue to hold office until his successor enters upon the office of Prime Minister”.

These development came after the National Assembly Deputy Speaker Qasim Suri disallowed the no-trust vote against PM Imran on Sunday when he ruled it to be part of a “foreign conspiracy” and in violation of Article 5 of the Constitution, which demands loyalty to the state.