Pakistan has interests in Afghanistan that are in clear conflict with ours: US

US Secretary of State Antony Blinken told a Congressional hearing on Afghanistan that Pakistan is "focused" on India and "the role that India is playing in Afghanistan, and it looks at it through that prism as well." 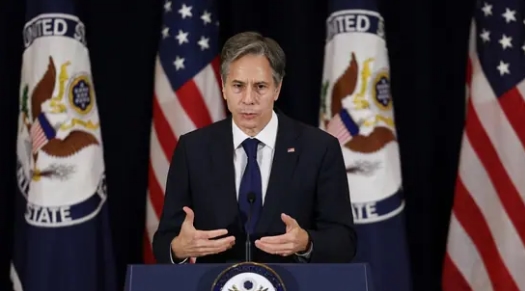 Washington: A fortnight after exiting Afghanistan, the US has highlighted Pakistan’s duplicity, saying it harboured the Taliban and the Haqqani network, and had “multiplicity of interests” in the war-torn nation, including some that were in “clear conflict” with America’s interests.

US Secretary of State Antony Blinken told a Congressional hearing on Afghanistan that Pakistan is “focused” on India and “the role that India is playing in Afghanistan, and it looks at it through that prism as well.”

He was answering questions posed by Congressman Bill Keating on Pakistan’s “active, and by so many accounts, a negative role in Afghan affairs for decades” and the Inter-Services Intelligence agency’s close ties with the Taliban.

The Congressman was “very right to point out the role” played by Pakistan, Blinken said.

The US completed its withdrawal from Afghanistan on August 31, nearly two decades after launching a military campaign to eliminate the Taliban and Al Qaeda in the wake of the unprecedented terror attacks in the US.

The US exit coincided with the Taliban taking control of almost the entire Afghanistan, including capital Kabul on August 15 through a swift military campaign.

The US Secretary of State said Pakistan’s role has involved “hedging its bets constantly, about the future of Afghanistan”.

“It is one that has involved harbouring members of the Taliban, including the Haqqanis. It’s one that’s also involved at different points, in cooperation with us in counter terrorism. And so, there are a number of things that have come into play.

“It (Pakistan) has a multiplicity of interests, some that are in conflict – clear conflict – with ours, when it comes to Afghanistan.

“It’s focused, of course, as well on India and the role that India is playing in Afghanistan, and it looks at it through that prism as well.

“All of these things I think have influenced what it has done – on many occasions detrimental to our interest, on other occasions in support of those interests.”

He said that the Taliban have to make good on their commitments made to the international community, and that every country, including Pakistan, is expected to see to that.

“And so, going forward, what we are looking at – what we have to look at – is an insistence that every country – to include Pakistan –make good on the expectations that the international community has of what is required of a Taliban-led government if it’s to receive any legitimacy of any kind or any support going forward – to include ensuring freedom of travel, to make good on its commitments on not allowing Afghanistan to be used as a haven for outward directed terrorism; to include upholding the basic rights of the Afghan people, including women and girls and minorities, to allowing humanitarian assistance in, to include having a more representative government.
“And so, Pakistan needs to line up with the rest of the – with a broad majority of the – international community in working towards those ends and in upholding those expectations,” Blinken said.