Over 90 people killed at Myanmar protests on Saturday – AAPP

Earlier, Myanmar Now reported that at least 91 people were killed during the protests against the military rule in Myanmar on Saturday. Fatalities were reported in the cities of Yangon, Bago, Mandalay and surrounding regions. 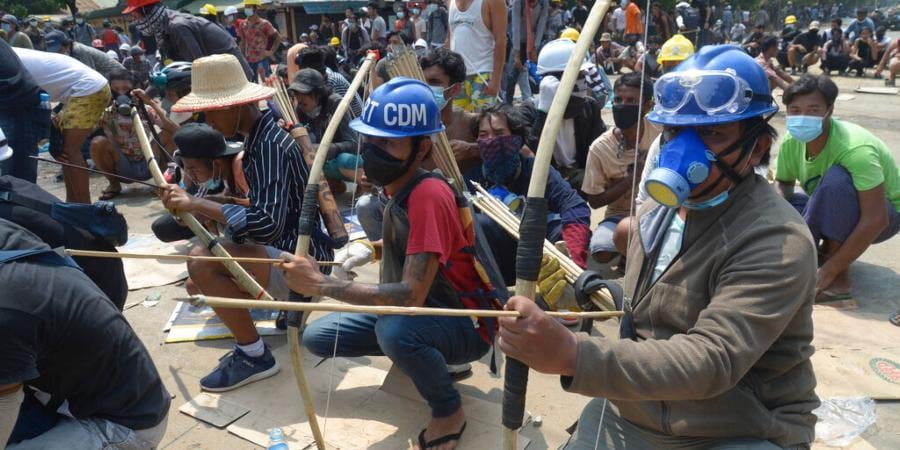 Bangkok: The Assistance Association for Political Prisoners (AAPP) in Myanmar says over 90 people died during the Saturday clashes between protesters and security forces.

“As of 27 March, (423) people are now confirmed killed by this junta coup. 90+ were killed today, the Assistance Association for Political Prisoners (AAPP) compiled and documented killings of children, students, youths and civilians,” AAPP said on Facebook.

Earlier, Myanmar Now reported that at least 91 people were killed during the protests against the military rule in Myanmar on Saturday. Fatalities were reported in the cities of Yangon, Bago, Mandalay and surrounding regions.

AAPP said that a total of 2,428 people have been detained in Myanmar in connection with the protests; 24 of them have been sentenced, while another 119 have been issued arrest warrants.

“In Meikhtila Township, Mandalay Region, a 13-year-old girl was shot dead while she was inside her house. This is the second child to be shot dead in the house after a 7-year-old girl from Mandalay Town. In Dawei Township, Tanintahryi Region, while a 16-year-old boy was driving a motorcycle, he was shot at from an unmarked car,” AAPP said on Saturday.

According to the association, Myanmar’s security forces opened fire at the American Center in Yangon on Saturday.

On the eve of the deadly protests, the military-controlled MRTV channel warned that participants in acts of violence and unrest “could be accidentally shot in the head or back.” Unlike other outlets, the state-run channel repeatedly reported that there are armed people among protesters who shoot at soldiers and police, provoking security forces to return fire.

On February 1, Myanmar’s military seized power in the country, announcing a one-year state of emergency and vowing to take action against alleged voter fraud during the November 8 general election. The military said it was committed to the democratic system and vowed to hold new and fair elections after the state of emergency ends.

Protests have been held across Myanmar since the military took over.