Over 137 insurgents apprehended or have surrendered: Arunachal Dy CM

“These are all focus areas (of the government) to bring peace, stability and prosperity to the state and its people,” the Deputy Chief Minister said. 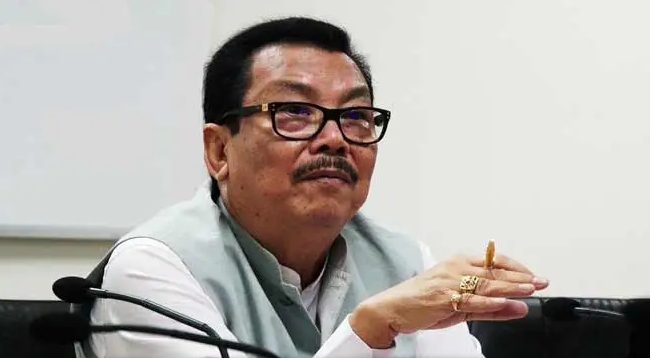 Itanagar: Arunachal Pradesh Deputy Chief Minister Chowna Mein said that the present government has been “tough” on combating insurgency in the TCL (Tirap, Changlang and Longding) region, as a result of which over 137 insurgents have been apprehended or have surrendered this year alone.

He further said the police has been directed to be tough on combating narcotics drugs in the state and thousands of acres of illicit poppy cultivation fields had been destroyed over the period of time. In all, 249 cases were registered and 470 persons arrested.

“These are all focus areas (of the government) to bring peace, stability and prosperity to the state and its people,” the Deputy Chief Minister said.

Mein, who paid tributes to the police personnel martyred in the line of duty, by laying a wreath at the Martyrs’ Pillar, said that the State Government was giving special impetus to improving the law and order situation in the state and upgrading the capacity of the department and its personnel.

He added that the focus on countering crime against women has led to the setting up of dedicated Women Police Stations of which six are currently functional.

Lauding the Police department for “performing exceedingly well” with regard to the crucial responsibility of combating crime, fighting insurgency, ensuring free & fair elections, and its commitment towards the welfare of the state and its people through humanitarian efforts during the Covid-19 pandemic and other natural disasters, Mein exhorted the cops to continue to work with full dedication, honesty and sincerity for all-round development of the state.

He disclosed that in order to promote police welfare, a special package of Rs 100 crore has been sanctioned recently for the construction of residential quarters for the police personnel serving in far-flung areas of the state.

The Dy CM, who earlier inspected the parade contingents at the PTC parade ground, which was followed by an impressive march past, later handed over the DGP’s Commendation Disc awards for the year 2021 to 30 police officers/ personnel in recognition of their excellent performance, dedication and devotion towards their duties.

Among others, state Home Minister Bamang Felix, DGP R P Upadhyaya and other dignitaries were present on the occasion. Besides the ceremonial parade, other highlights of the day included hoisting of APP Flag by the DGP and demonstration of the anti-riot drill, the sources added.