On the other, BJP Tribal Front General Secretary Devid Debbarma denied the allegation and said, "CPM cadres attacked BJP workers in front of the party office with sharp weapons and threw stones at them." 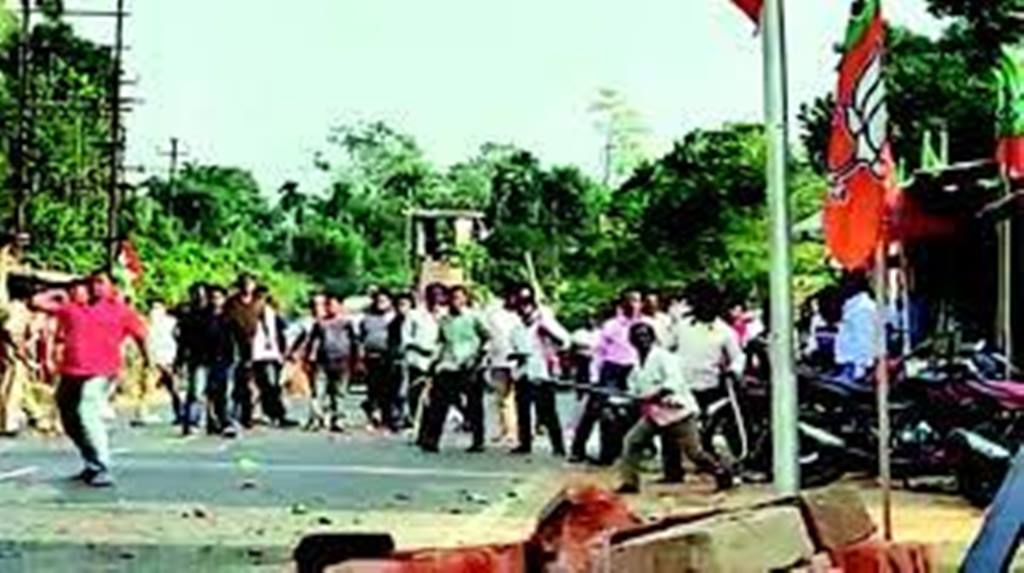 Agartala: A 65-year-old CPM worker – Sahid Mia (65) died on Wednesday in a political clash with ruling BJP cadres in Charilam market on the National Highway in Bishalgarh under Sepahijala district while at least 15 supporters of both the parties including former finance minister and CPM MLA Bhanu Lal Saha were injured, officials said.

The CPI-M alleged that eight of its supporters were injured in an “unprovoked” attack “unleashed” by BJP miscreants at their rally in broad daylight. The miscreants pelted stones at them initially and then attacked with weapons.

On the other, BJP Tribal Front General Secretary Devid Debbarma denied the allegation and said, “CPM cadres attacked BJP workers in front of the party office with sharp weapons and threw stones at them.”

Both parties claimed that they didn’t attack, only retaliated to prevent the escalation of violence.

However, SDPO Bishalgarh Rahul Das said the incident is under investigation and he is not in position to make any conclusive remark.

Bhanu Lal Saha who was addressing the CPI-M rally alleged that motorbike-borne miscreants with BJP’s flag resorted to indiscriminate attack on them in front of police. Sahid Mia was hit on the back of the head with a rod. Stones were also pelted on him. On the way to hospital, he succumbed to the injuries.

Police imposed prohibitory order in the area to defuse tension, which falls under the assembly constituency of Deputy Chief Minister Jishnu Dev Varma.

Congress MLA Sudip Roybarman condemned the incident and alleged, “BJP has become nervous apprehending defeat in upcoming elections and so it is resorting to attack oppositions activists with the help of police.”