Despite being wounded and bleeding profusely, he charged the terrorists at close range and he and his team killed three hardcore terrorists. 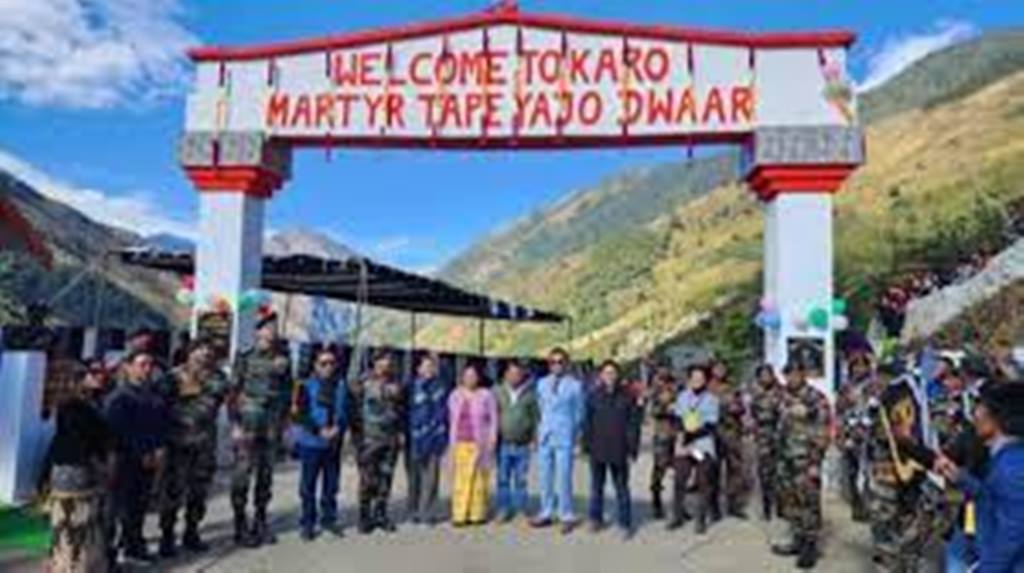 A proud son of Arunachal Pradesh, late Naik Tape Yajo, hailing from Karo village under Pidi circle in Shi-Yomi, was a saga of bravery and gallantry who served the Indian Army with distinction for over 12 years.

He laid his life during operation against terrorists in Jammu & Kashmir while leading a scout of the attacking column tasked to eliminate terrorists in the Poonch sector of J&K on September 21, 2008.

During the operation, terrorists attacked unexpectedly and opened fire from a very close range with heavy automatic guns following which Tape Yajo was injured.

Despite being wounded and bleeding profusely, he charged the terrorists at close range and he and his team killed three hardcore terrorists.

His gallant action led to the elimination of the terrorists without causing further damage to the nation. However, Tape Yajo succumbed to his injuries on September 22, 2008.

The Speaker, who also unveiled the bust of Amarveer Tape Yajo on the occasion, said, “I thank the Indian Army for organising this small yet beautiful programme to pay homage to martyr Yajo and pass the message about his bravery to the people.”