One arrested with 27,800 WY tablets at Bishnupur 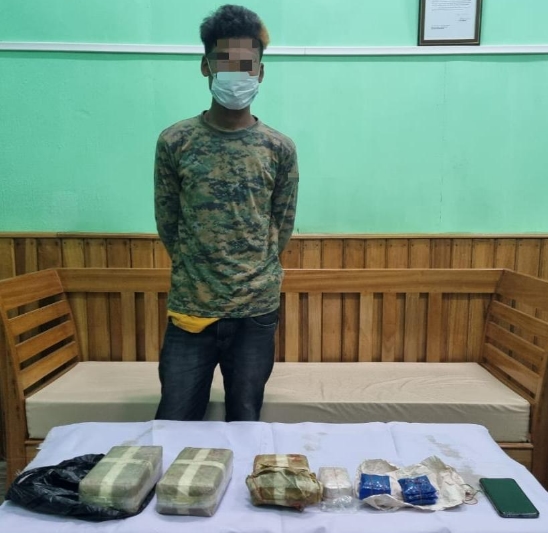 Imphal: A team of Bishnupur police commandos arrested one person and seized 27,800 number of WY (Meta Amphetamine) tablets from him on Saturday.

The accused, identified as Yangkhubam Hussain Ahmad (20 years), son of Yangkhubam Nasir Ahmad of Kwakta Khuman Thongkhog, Bishnupur District, was arrested while the police party conducted a frisking and checking in front of the Agriculture office, under the overall supervision of SP, Bishnupur in connection with the upcoming Independence Day celebration.

The arrested person along with seized items was handed over to Bishnupur Police Station for further legal action. In this regard, a case has been registered at the same police station for further investigation.