On July 12 last Odisha reported the highest number of 68 deaths. 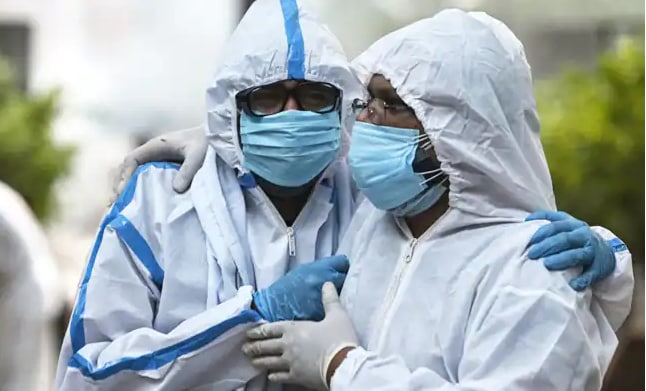 Bhubaneswar: A record 69 covid patients under treatment succumbed to coronavirus in Odisha in the past 24 hours taking the total fatalities in the state to 5241.
On July 12 last Odisha reported the highest number of 68 deaths.
During the period 1927 new cases were reported from all the 30 districts pushing the total covid
tally in the state to 9,59,986. At the same time, 2341 people were recovered from the virus on Tuesday taking the total recoveries to 9,35,007.
Meanwhile, the active cases in the state were further reduced to 19,685. Health and Family Welfare department sources said out of 72,061 tests conducted in the state in the past 24 hours,1927 people, about 2.67 percent tested positive.
Only two districts- Cuttack and Bhadrak have recorded the Test Positivity Rate(TPR)above
5 percent while the other 28 districts have the TPR below 5 percent.
Jharsuguda district in Western Odisha has the lowest TPR of 0.1percent while Cuttack recorded
the highest TPR of 5.5 percent. Official sources said out of 1927 new infections,1115 were reported from the quarantine centre and 812 are local contact cases.
Khordha districts has the highest number of 498 cases followed by Cuttack (248), Jajpur(123), Balasore(111) and Puri (103).
These five districts together accounted for 56.20 percent of total covid positive cases reported
in the state in past 24 hours Khordha district also registered the highest number of 22 covid deaths in the past 24 hours followed by Bargarhj ( 7), Angul ( 6) and Keonjhar ( 5).
Sources said four coastal districts such as Khordha, Cuttack,Bhadrak and Balasore have together accounted for over 51 percent of the total active cases in the state. Khordha has the highest number of 4462 active cases followed by Cuttack ( 2729, Balasore (1532) and Bhadrak (1455).