For the fourth time, Odisha reported a daily covid load of less than 3 K over the last two months. Earlier on June 21, 24 and 28, the state registered less than 3000 covid cases. 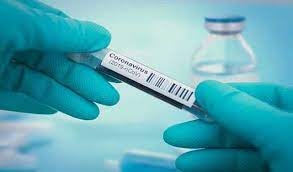 Bhubaneswar: Odisha reported 2917 fresh covid cases from all the 30 districts in the past 24 hours taking the total tally in the state to 9,19,026 while 45 more people died pushing the total fatalities to 4154.

For the fourth time, Odisha reported a daily covid load of less than 3 K over the last two months. Earlier on June 21, 24 and 28, the state registered less than 3000 covid cases.

Health and Family Welfare department sources said in the past 24 hours 1677 new infections were reported from the quarantine centres and 1240 as local contact cases.

As many as five districts- Bolangir, Deogarh, Ganjam, Jharsuguda have reported single-digit covid cases in the past 24 hours.

Meanwhile, the covid fatalities in the state surged to 4154 as 45 more covid patients under treatment succumbed to the virus from 16 districts with Khordha registering the highest number of 9 deaths followed by 5 each in Cuttack and Bargarh and four in Dhenkanal.

Sources said 3265 covid patients were cured on Friday taking the total recoveries in the state to 8,84,262 while the active cases marginally reduced to 30,557.

In view of high covid positivity and active cases being reported in some districts in Odisha, the centre rushed two-member experts let by Dr A Dan, a public health specialist from the All India Institute of Hygiene and Public Health to monitor the covid situation and suggest remedial measures to the state government.

Official sources said more than 2500 active cases were reported in at least three districts- Khordha, Cuttack and Balasore with Khordha recording the highest number of 5279 cases. Cuttack has reported 4331 cases and Balasore has 2934 active cases.

Similarly, four districts such as Jgatsinghpur, Cuttack, Nayagarh and Mayurbhanj have reported Test Positivity Rate of more than 7.5 per cent.

Health and Family Welfare department sources said out of 71554 tests conducted in the state on Friday, only 2917(4.07 per cent) were found infected with the virus.

Meanwhile, the weekend shutdown began today in ten Odisha districts declared as A category where the TPR is reported more than 5 per cent.

After state capital Bhubaneswar, the Odisha government has decided to introduce Covaxin for inoculation of people between 18 years to 45 years in Ganjam district including the Berhampur Municipal Corporation area from this month.

A direction in this regard has been communicated to the Ganjam district collector and Berhampur Municipal Corporation by the Additional Chief Secretary, Health P K Mohapatra.