He was sentenced to life imprisonment without parole - the first time New Zealand handed down the punishment. The country does not have the death penalty. 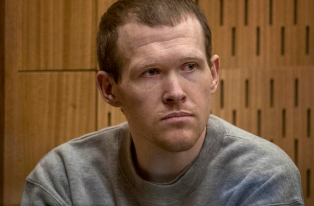 Wellington: The white supremacist who murdered 51 people, including seven Indians, at two mosques in New Zealand in 2019, has appealed against his conviction.

Brenton Tarrant, 32, has filed an appeal against his case and sentence, court officials said. No hearing for the appeal has been set at this stage, a BBC report said Tuesday.

Tarrant was jailed to life without parole in 2020 for the murders and attempted murders of Muslim worshippers.

Prime Minister Jacinda Ardern said he was attempting to “revictimise people”. The Christchurch attack was the worst mass shooting in New Zealand’s history. The shootings prompted parliament to pass stricter gun laws and buy back certain types of weapons from owners.

Asked about his appeal, Ardern told reporters: “His is a name that shouldn’t be repeated and I’m going to apply that same rule in commenting on his attempts to revictimise people. We should give him nothing.”

Her government refuses to publicly name Tarrant to deprive him of any platform or notoriety.

Four Indians — one from Hyderabad, a woman from Kerala and two from Gujarat—were among those killed in the Christchurch mosque shootings.

Three others who are confirmed dead were of Indian origin, from Gujarat and Telangana

Imam Gamal Fouda, a survivor of the attack at the Al Noor mosque in Christchurch, said he was “struggling to understand” a motive for Tarrant to appeal given “he himself pleaded guilty”.

“I cannot help but think that this is another action from this terrorist to harm his victims again by keeping alive the memory of him and his terrorist actions,” he told The New Zealand Herald newspaper.

Tarrant, an Australian national who moved to Christchurch in 2017, stormed two mosques in the southern city on 15 March 2019, armed with military-grade semi-automatic guns.

He had the intention of killing as many Muslim people as he could, his trial heard in 2020. He livestreamed the attack on Facebook via a headcam and also published a 74-page manifesto on extremist forums.

During his trial, he chose to not give any testimony. He pleaded guilty to the charges of murder, attempted murder and terrorism and also declined to oppose the prosecution’s call for the maximum sentence possible.

He was sentenced to life imprisonment without parole – the first time New Zealand handed down the punishment. The country does not have the death penalty.

His sentencing judge at the time noted Tarrant showed no contrition, remorse or shame for his actions. “Your crimes are so wicked that even if you are detained until you die, it will not exhaust the requirements of punishment,” the BBC report quoted Judge Cameron Mander as saying.

A coronial inquest is currently underway in New Zealand into the attack. Authorities on Tuesday said they would consider whether the appeal might affect the inquest.