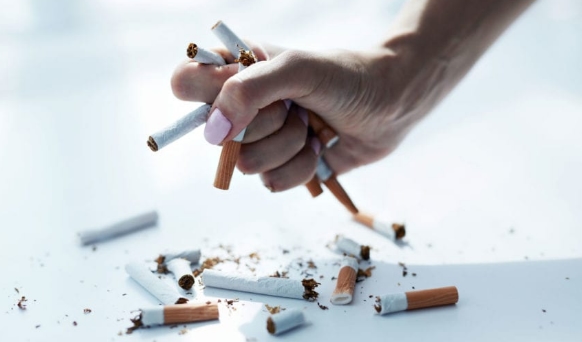 Wellington: New Zealand on Thursday launched a smoke-free action plan that aims to reduce daily smoking prevalence to less than five per cent for all population groups by 2025.

The plan called Smokefree Aotearoa 2025 Action Plan has six key focus areas with ground-breaking policies to radically reduce the “availability, addictiveness and appeal” of smoked tobacco products, Associate Minister of Health Ayesha Verrall said at an event in the Parliament.

New policies include making it harder to buy these products by reducing the number of shops selling them and decreasing nicotine levels in smoked tobacco products to help people who smoke to quit smoking and help people, especially young people, to never become addicted, Verrall said.

“Smoking is still the leading cause of preventable death in New Zealand and causes one in four cancers. Smoking-related harm is particularly prevalent in Maori, Pacific and low-income communities,” Verrall said.
Smoking kills approximately 4,500 to 5,000 people every year in New Zealand, with around 12 to 13 deaths every day due to smoking or exposure to second-hand smoke, she added.

“We want to make sure young people never start smoking so we will make it an offence to sell or supply smoked tobacco products to new cohorts of youth. People aged 14 when the law comes into effect will never be able to legally purchase tobacco,” Chambers said.

A bill, which will be put before the Parliament in mid-2022, will set out the timeframes for the legislative policies to be phased in.