The decision to settle the decades-old boundary issue with Assam out-of-the-court was taken in an all-party meeting convened by the state government on August 11 last, for which a high power ministerial committee was constituted. 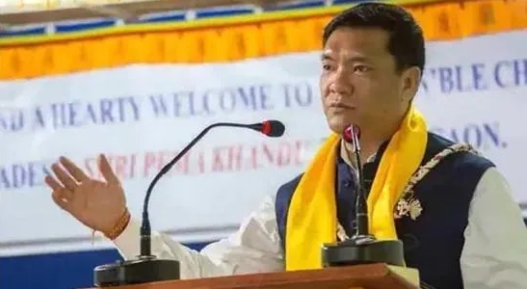 Itanagar: The Arunachal Pradesh unit of the National People’s Party (NPP) on Tuesday urged the Pema Khandu-led BJP government in the state to expedite the process of settlement of the inter-state boundary row with neighbouring Assam.

The decision to settle the decades-old boundary issue with Assam out-of-the-court was taken in an all-party meeting convened by the state government on August 11 last, for which a high power ministerial committee was constituted.

“All of the other states which Assam shares borders with have already had multiple sittings for outside the court settlement. But for us, it has only been talks till now. There has been no impact on the ground level whatsoever,” alleged the state NPP general secretary Paknga Bage while addressing a press conference here.

A delegation of the party led by Bage visited Belo, Lora and Boka villages under Kimin circle of Papum Pare district on Monday to know the “ground reality” regarding the recent “eviction notice” served by the Assam forest officials to the villagers there.

Maintaining that the area is in a tense situation after the villagers were served the eviction notice, Bage urged the high power ministerial committee to visit the area and assure the people that they are safe. The villagers were allegedly given 15 days time for eviction.

The party also asked to functionalize the defunct police outpost at Kakoi and to create more such police outposts to manage situations along the boundary areas.

The NPP leader, while pointing out that the Directorate of Border Affairs only has a director with no other supporting staff to man the department, said the state government should immediately start the directorate office by assigning sufficient staff and other logistic support to it.

The party also suggested the Govt to create a ‘special border task force’ to check illegal encroachment, drug trafficking, human trafficking and other criminal activities in such areas and to develop road connectivity in the border areas.