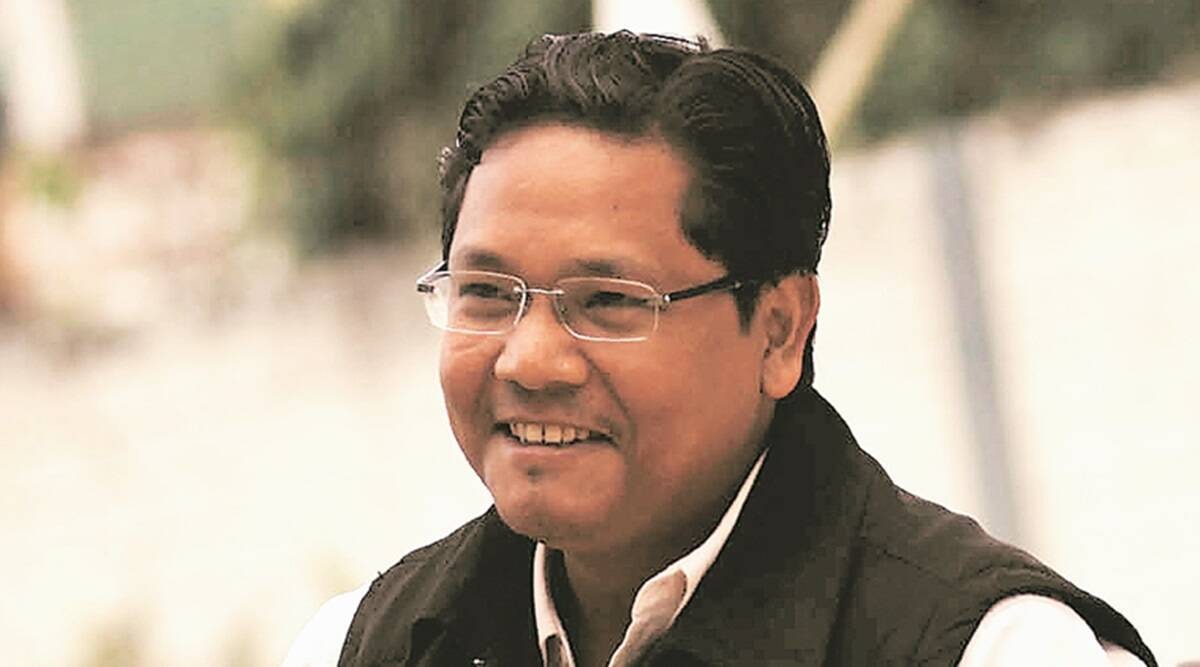 Imphal: Meghalaya Chief Minister and NPP chief Conrad K Sangma today said his party will get support and love from the people of Manipur in the ensuing State Assembly elections.

After arriving here Monday Sangma launched the election campaign for his party from Aba Ground, Kshetrigao Constituency, Imphal East.
He addressed a public meeting to seek support for Sheikh Noorul Hassan, who will be contesting from Kshetrigao.

He later addressed a public meeting at Yaiskul Constituency to seek support for Huidrom Vikramjit Singh the party candidate. Sangma said that party is of the strong conviction that people of Manipur will bestow its support to NPP.

“We have a vision for Manipur, Northeast and their entire region. To realise our dreams, we need your support,” he said.

“Election in Manipur has given us an opportunity to seek people’s mandate to take our agenda forward of Northeast forward”, he added.
He said that people of Manipur is looking for an alternative and NPP is in a best position to fill up the vacuum that is available in Manipur.

“People of Manipur are looking for alternative and people wants NPP to be the single largest party. We are confident that people will give their mandate to NPP”, he added. He was accompanied by MLAs Thomas Sangma and Marcuise Marak for two election meeting, which were held in Imphal.