Farke and his backroom staff were sacked after Norwich had won 2-1 away to Brentford to end a run of 10 matches without a win. 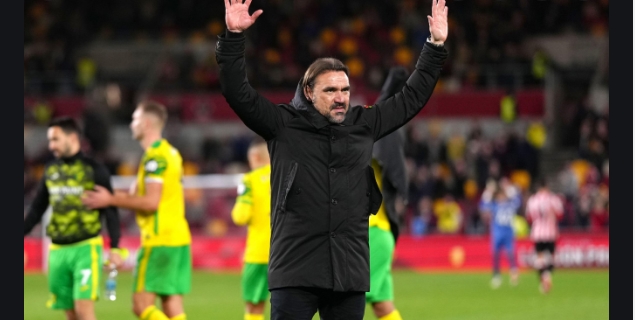 Farke and his backroom staff were sacked after Norwich had won 2-1 away to Brentford to end a run of 10 matches without a win.

However, the decision comes with the club still bottom of the table and five points adrift from safety, and the club has clearly decided to use the upcoming international break to bring in a new face.

“In continuing to demand the very best for our football club, this decision was not an easy one,” said Norwich’s Director of Football Stuart Webber in a statement.

“I know how determined Daniel and his staff were to succeed at this level, but we feel that now is the right time for a change to give ourselves the best opportunity of retaining our Premier League status.”

“All at Norwich City should be forever grateful to Daniel and his staff for the significant role they have played in our journey.”

“They helped deliver two Championship titles, many memorable moments and they all fully bought into our philosophy and what it means to be part of this football club,” he added.

Farke was appointed head coach of Norwich City in 2017 and twice led them to promotion to the Premier League, but their last stint in the top flight ended after just one year, and they are favourites to go down this season as well.