Major media houses recently had reported that it would take two to three years for the creation of theatre commands for best utilisation of military resources. 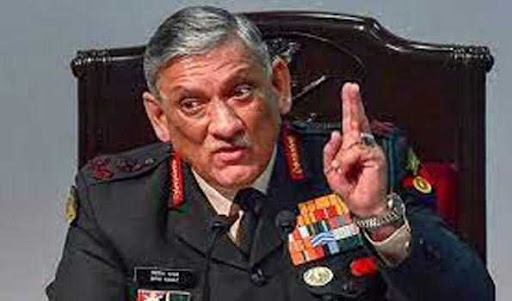 Bengaluru: Contrary to media reports, Chief of Defence Staff (CDS) General Bipin Rawat on Friday said no timeline has been set for the functioning of the theatre commands, but people can see them progressing in rapid succession.

“There is no point in setting a timeline for the functioning of theatre commands. Because, when you set a timeline then you start working in a haste. We have timelines for every other thing, but not for theatre commands. But, you will see the theatre commands progressing in a rapid succession, and we will take all services on board and then create theatre that suits our requirement,” he told reporters at an IAF conclave here.

Major media houses recently had reported that it would take two to three years for the creation of theatre commands for best utilisation of military resources.

General Rawat also said India has studied a lot of foreign systems and foreign armies, but it is very important to develop theatre commands that suit India’s requirements.

Theatre commands are warfighting entities, containing army, navy and air force components, that would fight jointly to focus and synergise the combat power of all three services.

General Rawat said frontal attacks with tanks and infantry may not be the way the next war will be fought, but it will be through cyber attacks. Therefore, he said, there is a need for the sixth joint commander to tackle cyber war.

Asked if he is aware of the cyber attack carried out by China on the US in 2018, CDS said he cannot really confirm it because cyber has the advantage of deniability, because it is hard to decipher attackers operating pseudonyms.

General Rawat further said India should focus on developing satellite requirements at their borders rather than focus on the world as China does.

Replying to a query, General Rawat said India should have an integrated cyber system because cyber attacks will not affect anything in silo, but will affect the entire network in the country.

“If a cyber attack fails the Indian Railways or the Power Grid, for example, it is going to affect our war-fighting efforts and entire system in the country. Therefore, India should have the sixth command to tackle cyber attacks,” he said.

Replying to yet another question, General Rawat said the Indian Forces are pretty used to operating in very extreme climatic conditions such as Siachen Glaciers and Sikkim.