The Department of Elementary Education has issued instructions that children will have to bring lunch. 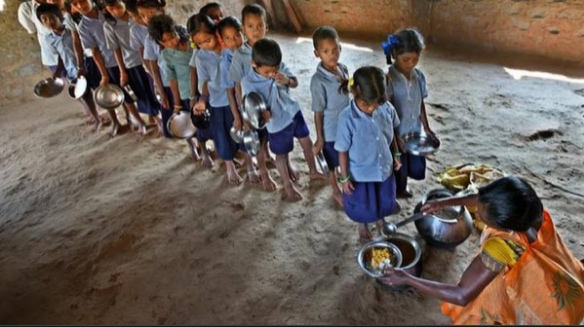 Hamirpur: With classes in all the government and private schools starting on a regular offline basis from Monday, the HP Education Department has asked children of class eight to bring lunch from their homes.

The Department of Elementary Education has issued instructions that children will have to bring lunch.

Earlier, in government schools, children of classes 1 to 8 were given lunch in the school itself as part of the Mid-day meal scheme, but instructions have not been issued by the Center to the Education Department till now in this regard.

Highly placed sources in the Education department told UNI, this decision has been taken by the Education Department keeping in view the fact that the threat of coronavirus has not subsided and it is not possible to give lunch to children in schools.

The department has decided to give ration to these students at their homes instead, the source said.

According to sources, the department would hold a review meeting after Diwali and then a final decision will be taken for re-starting of the mid-day meal scheme afresh.

Meanwhile, several parents have complained that their wards are not getting the dry ration. The Education Department has called for a report from all the school managements in this regard.
At the same time, a report has also been sought on the record of mid-day meals prepared so far.