Sarat Moran, a 28-year-old man, was brutally thrashed to death by a mob on suspicion of being a cattle thief. 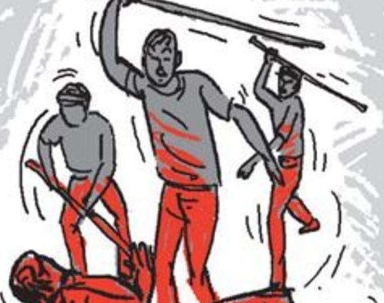 Guwahati: Assam police has arrested nine persons on the case of lynching of a man on suspicion of cattle theft in Assam’s Tinsukia district.
Sarat Moran, a 28-year-old man, was brutally thrashed to death by a mob on suspicion of being a cattle thief.
Moran was a resident of Kordoiguri village in Assam’s Tinsukia district. He died at the hospital.
The incident took place at Korjonga Borpathar village under Baghjan police station in Tinsukia district on Saturday.
The mob allegedly tied the man to a tree e, suspecting him to be a cow thief and attacked the victim with a blade, leaving him injured.
“Five accused have been sent to jail and another four are under police custody for further interrogation. We have set up a special investigation team (SIT) under an ASP to probe the matter,” Tinsukia SP Debojit Deori told the local media.
Deceased Sarat Moran’s parents – 90-year-old Prabeswar Moran and 85-year-old Ulapi Moran – were dependent on him.

Imphal: The death count in the devastating landslide in Manipur's Noney district shot up to 34 on Sunday, with...
Manipur