NHRC issues notices to Centre, UP, Bihar over bodies found floating in Ganga

Issuing the notices, the Commission has observed that it seems the public authorities have failed to take concentric efforts in educating the masses and checking the immersion of half burnt or unburnt dead bodies into the River Ganga. 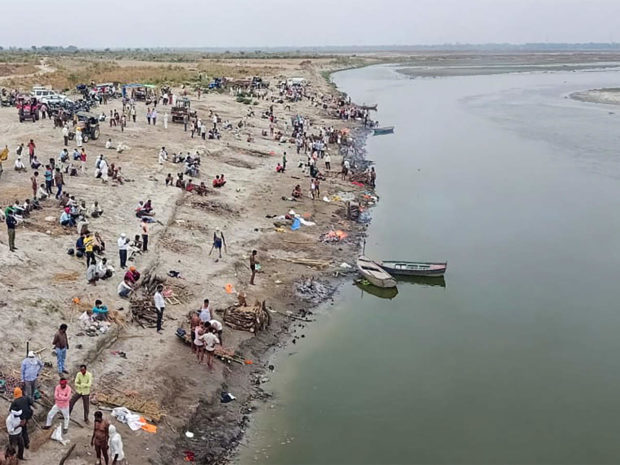 Lucknow: The National Human Rights Commission, (NHRC) on Thursday severed notices to Centre as well as Uttar Pradesh and Bihar after taking cognizance of a complaint about several dead bodies found floating in the river Ganga in UP and Bihar.

The notices were served to the Chief Secretaries of both the States and the Secretary, Union Ministry of Jal Shakti (Department of Water Resources, River Development & Ganga Rejuvenation) calling for action taken report within four weeks, a statement of NHRC here said.

Issuing the notices, the Commission has observed that it seems the public authorities have failed to take concentric efforts in educating the masses and checking the immersion of half burnt or unburnt dead bodies into the River Ganga. The practice of disposal of dead bodies in our sacred river Ganga is clearly in violation of guidelines of the National Mission for Clean Ganga project of Ministry of Jal Shakti, Department of Water Resources, River Development & Ganga Rejuvenation.

It has noted that River Ganga (Rejuvenation, Protection and Management) Authorities Order, 2016, which relates to the measures for prevention, control and abatement of environmental pollution in the river Ganga and to ensure continuous adequate flow of water so as to rejuvenate the River Ganga to its natural and pristine condition and for matters connected therewith or incidental thereto , has laid down not only the comprehensive principles to be followed for rejuvenation, protection and management of River Ganga but also casted a duty that – “No person shall do any act or carry on any project or process or activity which, notwithstanding whether such act has been mentioned in this Order or not, has the effect of causing pollution in the River Ganga”.

The complainant dated May11,2021,based on several media reports, has expressed apprehensions that these dead bodies were of Covid victims, hence, the disposal of dead bodies in such a manner may, seriously affect all those persons, who are dependent on the holy river for their day to day activities. It is further stated that even if these dead bodies were not of Covid victims, then such practice/incidents are shameful to the society as a whole as that amounts to violation of human rights of even deceased persons.

The complainant has sought for the intervention of the Commission for strict action against negligent public authorities, who have failed to prevent such incidents.