"I think that given the circumstances, the best way I can help now is if I step aside and let the government get back to governing. My resignation will be effective in 14 days," Cuomo said at a news conference. 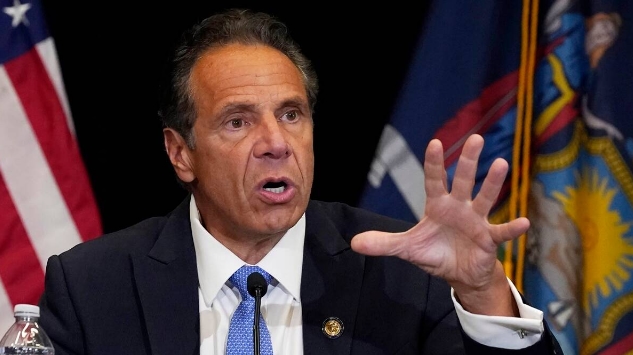 New York: New York Governor Andrew Cuomo said on Tuesday that he was resigning amid allegations that he sexually harassed nearly a dozen colleagues and accepted full responsibility for his actions while characterizing the accusations as “false.”

“I think that given the circumstances, the best way I can help now is if I step aside and let the government get back to governing. My resignation will be effective in 14 days,” Cuomo said at a news conference.

Cuomo also attributed the COVID-19 emergency as a reason for his decision to quit.

“This situation by its current trajectory will generate months of political and legal controversy. It will cost taxpayers millions of dollars, it will brutalize people. Months of litigation time and money that government should spend managing COVID, and guarding against the Delta variant … would be wasted. I cannot be the cause of that.” said Cuomo, who just a year ago was an establishment star for his handling of New York’s coronavirus crisis.

The 63-year-old Cuomo was a year from finishing his decade-long three terms as governor when allegations began surfacing that he had covered up nursing home COVID deaths as fatalities that occurred naturally in intensive care units.

Soon after that, Cuomo was accused of inappropriate gestures, comments and actions toward multiple women he had interacted with at work.

Matters came to a head a week ago when New York State Attorney General Letitia James announced that a months-long investigation into allegations against Cuomo concluded that he harassed at least 11 women colleagues, including a policewoman assigned to protect him and an executive assistant, in violation of state and federal law. The investigation also revealed that he and a senior aide attempted to retaliate against the victims.

Since then, President Joe Biden, a long-time political ally of Cuomo, has led a growing number of lawmakers and officials in the Democratic party calling on the governor to resign.

The New York State Assembly has told Cuomo’s lawyers to provide evidence they may have in his favor in impeachment proceedings scheduled to begin next week against the governor.

Cuomo maintained on Tuesday that to his mind, he had not done “no wrong,” saying there had been “generational and cultural shifts” he wasn’t aware of as a person who believed in expressing himself with touches.

Some of the allegations that he groped women colleagues, touched intimate parts such as their breasts, were also “false” he said.
“I take full responsibility for my actions,” Cuomo said. “I have been too familiar with people. My sense of humor can be insensitive and off-putting. I do hug and kiss people, casually women and men. I have done it all my life, it’s who I’ve been since I can remember. In my mind, I’ve never crossed the line with anyone but I didn’t realize the extent to which the line has been redrawn.”

It is not clear whether his resignation would absolve Cuomo from criminal investigations New York police were already pursuing in relation to the harassment allegations against him.

Cuomo said New York’s lieutenant governor, Kathy Hochul, will step in as interim state governor. Hochul was quoted as saying by US media on Tuesday that Cuomo’s resignation was “the right thing to do.”