Chief Minister N Biren Singh in his homage recalled Netaji's contribution in India's freedom struggle and described him as an inspiration for all. 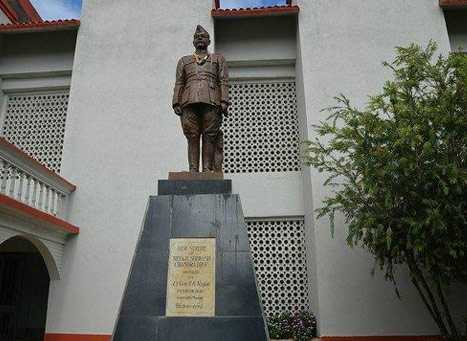 Imphal: Manipur joined the rest of the nation in observing the 125th birth anniversary of Netaji Subhas Chandra Bose on Sunday, with the main function organised at the Indian National Army (INA) memorial complex in Moirang under Bishnupur district on Sunday.

Chief Minister N Biren Singh in his homage recalled Netaji’s contribution in India’s freedom struggle and described him as an inspiration for all.

Remembering Netaji Subhas Chandra Bose on his 125th birth anniversary….His contribution in India’s freedom struggle is an inspiration for all of us,” the Chief Minister twitter. Moirang, where the INA had established an office and unfurled the tricolor (with a springing tiger) for the first time on 14 April 1944, the day was celebrated with floral tributes, speeches, a book release function and cultural programme.

Commissioner Art and Culture, M. Joy recalled the great contribution of Netaji in India’s independence movement and narrated his bright academic journey before joining politics. “Netaji was one of the eminent freedom fighters of India who missed the Joy of India’s independence, and we are fortunate to associate in the observance of his birth anniversary,” he said.

Director Art and Culture L.Kishorjit stressed the need to take forward the objectives and spirits of the great freedom fighters. Floral tributes were offered to the statue of Netaji and later the internationally acclaimed music band Rhythms of Manipur presented a performance.