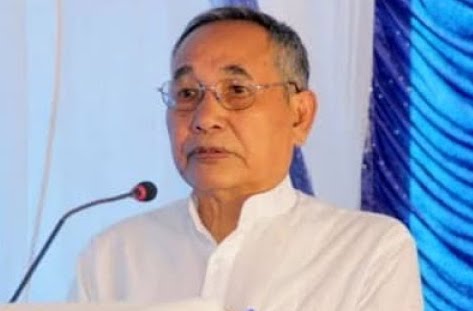 The two-phase Manipur Assembly polls are scheduled on Feb 27 and Mar 3. Meghalaya Chief Minister Conrad Sangma and Arunachal state President, Mutchu Mithi virtually attended the function. Y Joykumar said the NPP will not form any pre-poll alliance with any political party though it is a constituent of the N Biren Singh led government in Manipur.

NPP in its manifesto promised to consult various civil society organizations to ensure an inclusive and comprehensive process towards addressing human rights violations and concerns. It also pledged to reach out to all stakeholders to ensure the indigenous rights of all communities are protected. NPP also declared it would focus on the dialogue process with insurgency groups and non-state actors for sustained peace.

The NPP would formulate a comprehensive and sustainable economic policy for a well-rounded and appropriate economic development of the state in consultation with leading economists and policymakers as well as with the people at large.

“NPP will work towards securing the agro-based industries, fishery sector, tourism sector and human resource development for economic resurgence of the state. NPP believes that transparency must be maintained in taxation therefore NPP will work towards rationalization of State Taxation System by reviewing the existing system” the party said.

The party in the 2017 Manipur Legislative Assembly elections won four seats and all of them got cabinet berths. Later, two of the ministers were dropped and the Youth Affairs and Sports Minister Letpao Haokip joined the BJP. The party is likely to release the list of candidates soon in phases.

The manifesto said the upcoming polls were critically important for the state’s people, who require a mature political party such as NPP that understands and prioritises the needs of the people ‘as opposed to parties that focus on posturing to conceal their failures”.

Telangana: BJP assures to adopt Bhainsa and to rename if comes...