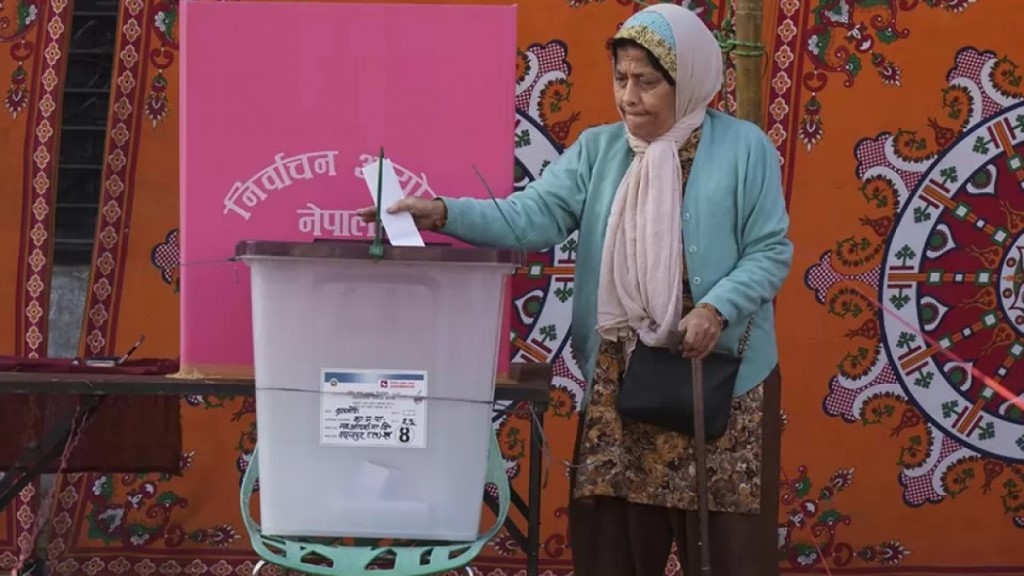 Kathmandu:The ruling alliance in Nepal has failed to win a majority of votes to form a new government on its own as general election results were unveiled on Tuesday night.

The Nepali Congress, which leads the ruling alliance, has emerged as the largest party in the House of Representatives by securing 89 seats, followed by the Communist Party of Nepal (Unified Marxist Leninist), the main opposition, with 78 seats.

The ruling Communist Party of Nepal (Unified Socialist) becomes the seventh largest party with 10 seats, while the ruling Loktantrik Samajbadi Party takes four seats, and the Rastriya Janamorcha, which formed an electoral alliance with the four ruling parties in the Nov. 20 general elections for the House of Representatives and seven provincial assemblies, has one seat.

In total, the ruling alliance has garnered 136 seats in the 275-strong House of Representatives, two seats shy of a majority needed to form a new government on its own.

Nepal has adopted a mixed electoral system, in which 60 percent of representatives to the lower house and provincial assemblies are elected through the fast-past-the-post voting system, while the remaining 40 percent are filled through the proportional representation system.

“We have completed the vote count and seat allocation. We will write to the parties on Wednesday to name their lawmakers under the proportional representation,” Shaligram Sharma Poudel, spokesperson of the Election Commission, told Xinhua.

As many as 12 parties have made their way to the lower house this time, with the newly-formed Rastriya Swatantra Party bagging 20 seats to become the fourth largest.