Sikkim took the final 86 points to Meghalaya's 67 in front of a large crowd of home fans. 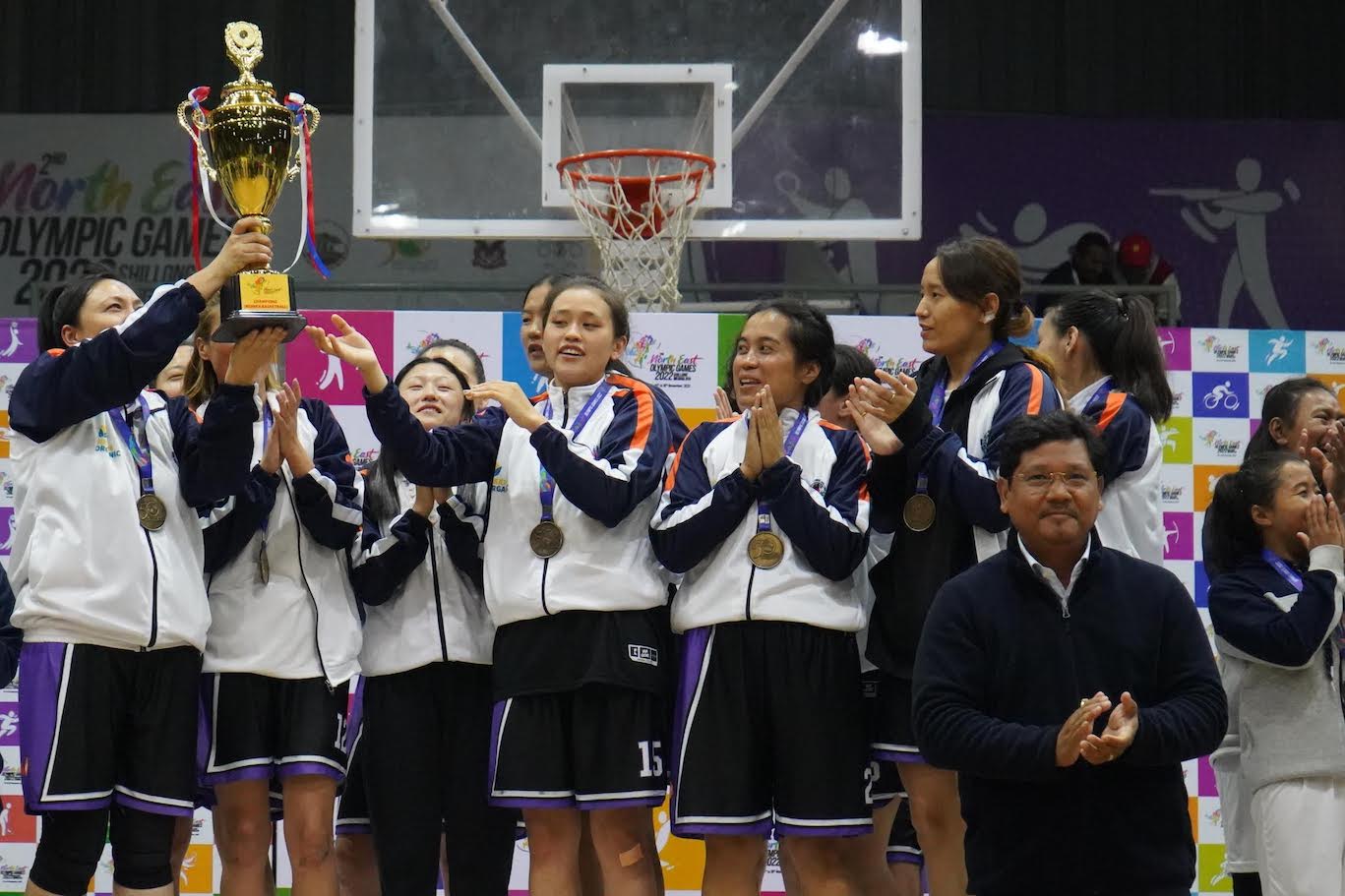 Sikkim took the final 86 points to Meghalaya’s 67 in front of a large crowd of home fans.

Meanwhile, in the earlier men’s final, Assam forfeited the title match as Mizoram were leading. Mizoram were thus awarded the gold medal, while Nagaland, who had beaten Manipur in the third place playoff 80-68 in the morning, were elevated to silver and Manipur took the bronze.

The chief guest on the occasion of the women’s final and subsequent prize distribution ceremony was the Honourable Chief Minister of Meghalaya, Shri Conrad K Sangma, who presented the men’s and women’s champion teams with their trophies.