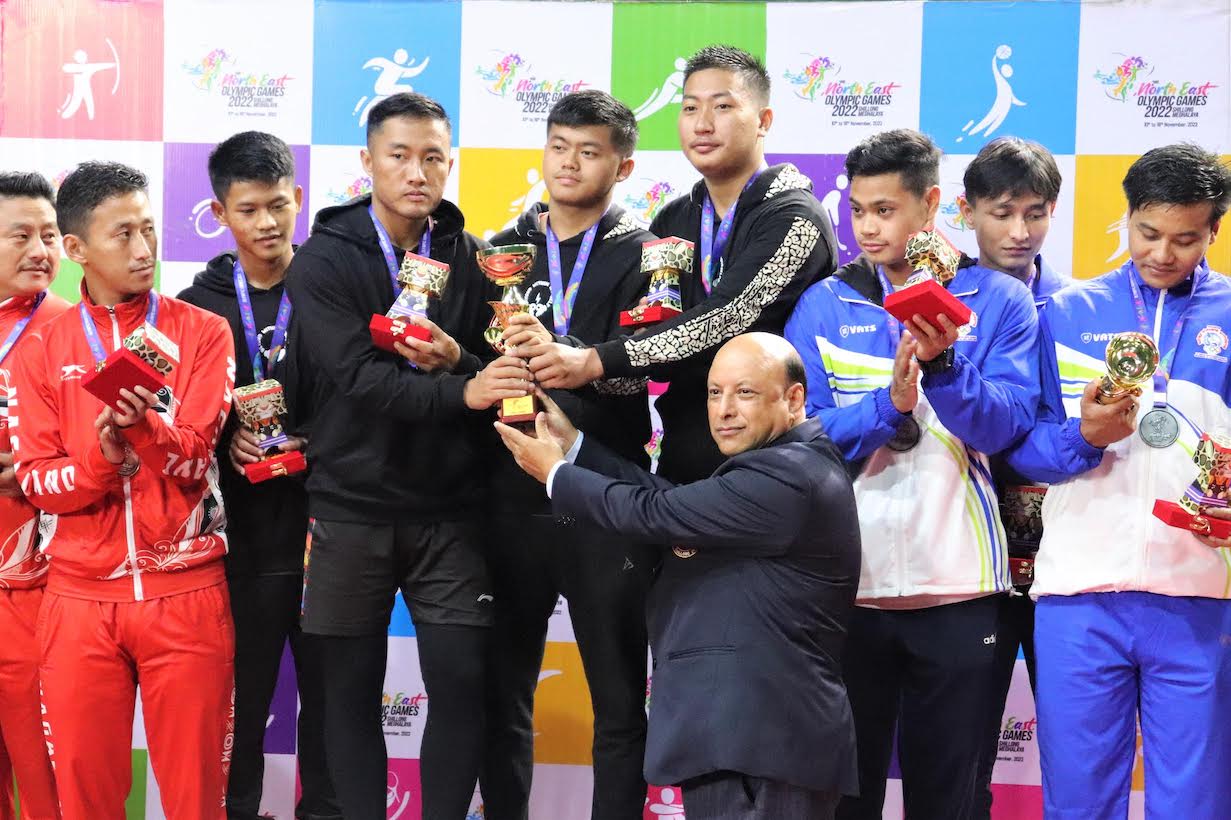 Shillong: Staring defeat in the face, Mizoram overturned a 2-0 deficit to beat Manipur 3-2 in the men’s team finals of the table tennis event at the 2nd North East Olympic Games 2022 at the NEHU Indoor Hall last night.

The last fixture of the day went deep into the night as Mizoram battled back after losing their first two matches to Manipur and thus claimed the gold medal and team trophy, which was presented by Meghalaya State Olympic Association President John F Kharshiing.

The two states were also involved in the earlier women’s team final, which again saw Mizoram come from behind to defeat Manipur.

The losing semifinalists in both categories were rewarded with bronze medals; these were Nagaland and Meghalaya in the men’s division and Meghalaya and Tripura in the women’s.

The individual half of the competition begins today (Saturday).