The police had taken several BJP and Congress leaders into custody prior to the arrival of the Chief Minister. 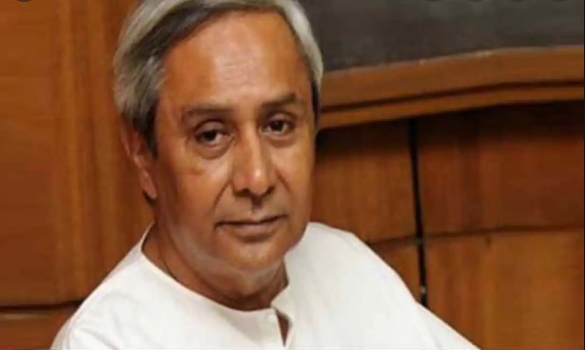 Patnaik who was on a tour to the districts to distribute Smart Health Cards under the Biju Swasthya Kalyan Yojana (BSKY ) launched Rs 880 crore projects in Dhenkanal and Rs 1176 crore projects for Angul district.

Launching the projects in Angul district, Mr Patnaik said the farmers in the district have shown keen interest in the millet mission.

About 3,000 farmers have joined the programme which would strengthen the nutrition security of the state, he said.

At Dhenkanal, the Chief Minister said a sum of Rs 50 crore would be invested in the district for the development of tourism.

Dhenkanal, Patnaik said, has earned a name for itself for the development of horticulture along with industries.

Around 20 lakh people ten lakh each in Angul and Dhenkanal district would be benefitted from the smart health cards.

With the distribution of smart health cards in Angul and Dhenkanal districts, as many as 15 districts of the state were covered under the scheme so far.

Speaking on the occasion, Mr Patnaik said the distribution of smart health cards is a strong step in the direction of happy Odisha and healthy Odisha.

Before the arrival of the Chief Minister, the activists of the BJP and the Congress held black flag demonstrations close to the meeting venue and shouted slogans demanding the dismissal of Minister of State for Home Dibya Shankar Mishra for his alleged involvement in the murder of Mahaling school teacher Mamita Meher and justice for her family.

While BJP activists held demonstrations at Dhenkanal, the Congress activists held protests in Angul. The police had taken several BJP and Congress leaders into custody prior to the arrival of the Chief Minister.