Nagaland on Saturday had 650 active patients, out of which 495 active cases are asymptomatic, 103 are mild symptomatic, 10 are moderate on oxygen 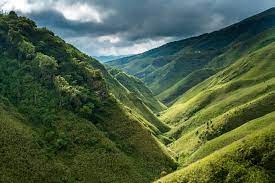 Kohima: Nagaland on Sunday reported 45 new cases, thus increasing the total number of corona cases to 30,555 in the state so far and with no new deaths, thereby keeping the death toll at 634.

According to a Nagaland Health Department bulletin on Sunday, the 45 fresh COVID cases were reported from seven districts of Nagaland with 27 cases in Dimapur, 12 cases in Kohima, two in Mokokchung, one in Kiphire, one in Tuensang, one in Wokha and one in Zunheboto.

The State also reported 48 recoveries, out of them 18 are Mokokchung, 12 from Kohima, 11 from Dimapur, six from Zunheboto, four from Phek, one from Long and one from Mon, taking the total number of recoveries to 28,344, with a recovery rate 92.76 per cent.

Nagaland on Saturday had 650 active patients, out of which 495 active cases are asymptomatic, 103 are mild symptomatic, 10 are moderate on oxygen, 25 are severe on oxygen, eight are in ICU without ventilator and nine patients are admitted in ICUs on ventilators, it said.