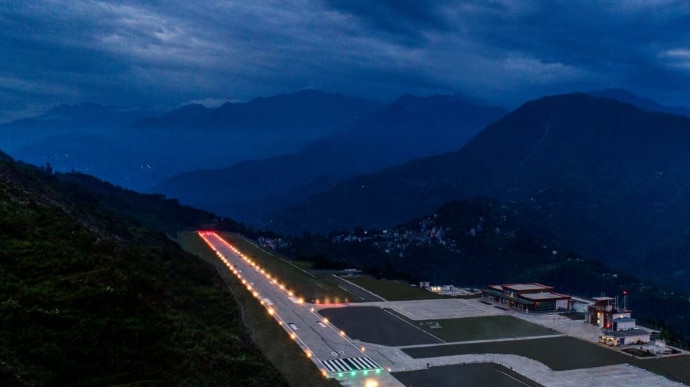 Kohima: The Nagaland Public Rights Awareness and Action Forum (NPRAAF) has congratulated Nagaland Chief Minister Neiphiu Rio for obtaining NOC from the Ministry of Defence for establishing the Chiethu Airport at state capital Kohima, for which the Chief Minister expressed gratification over the same in the media.
In a release issued by Nagaland Public Rights Awareness and Action Forum Information and Publicity Cell said the most important question is, whether AAI has conducted a survey and issued eco-techno, feasibility and safety clearance for the development of Greenfield Airport at proposed Chiethu Airport. It is a matter of pride to establish an Airport at the State capital and everyone should support such phenomenal initiatives, therefore, the point is not about NOC issued by Defence Ministry, ‘but the Crux of the matter is, why the Government has to acquired such a colossal area of land to be paid compensation without obtaining feasibility report and technical clearance from the AAI and Civil Aviation Ministry.’
“The Chief Minister may be pleased to enlighten the state whether Defence Ministry or Civil Aviation ministry is the right body to conduct survey and issue NOC and whether NOC from the Defence Ministry is good enough to go ahead with purchase of land and construction of approach road and other needful development for establishing an Airport.”
The issue is of Paramount public importance and therefore the matter is of Chief Minister best interest to clarify. The issue doesn’t only related to development and paying off huge compensation but concerns the safety of future air passengers, which cannot be taken lightly, the release said.
It may be mentioned here that the hilly state Nagaland has only one airport in Dimapur.