He pointed out that Mithun dairy and meat tourism has benefited local farmers. 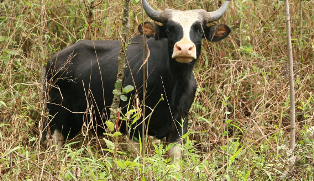 Kohima: Nagaland Minister Neiba Kronu has urged the Naga society to take up scientific Mithun farming for livelihood sustainability in the state. Speaking at the ICAR-National Research Centre on Mithun (ICAR-NRCM), the state minister for Planning & Coordination, Land Revenue, and Parliamentary Affairs said Mithun is a prestigious animal that finds a place in the emblem of Nagaland.

He assured all possible support from the state government for enhancing Mithun rearing to ICAR-NRCM which is the only Mithun research center in the world. He informed that Arunachal Pradesh was doing well in rearing the animal and urged other North Eastern states to do their bid in boosting its population.

Kronu informed that it was the right time for people to augment the Mithun population by adopting scientific rearing practices and highlighted the importance of the identification and spread of evergreen plant species and the development of pasture lands for sustainable Mithun rearing.

He pointed out that Mithun dairy and meat tourism has benefited local farmers.

The minister also released booklets on success stories of semi-intensive Mithun rearing units established under the Tribal Sub-plan and the Establishment of a Semen Bank and implementation of artificial Insemination in Mithun.

Nagaland Agriculture Production Commissioner Y Kikheto Sema, speaking as the Guest of Honour, disclosed that there was a rapid decline in the forest cover and that the population of Mithun was also decreasing.

He pointed out that Mithun occupies an esteemed position among North East people and suggested forming a committee constituted of Agriculture Production Commissioner from different Mithun-rearing states for taking up Mithun farming as commercial activity.