Ravi had not addressed a single press conference either as governor or Interlocutor for Naga talks. With his utter disregard for the Nagaland-based press/media he had done a disservice to the people of Nagaland, particularly due to his 'dual role' 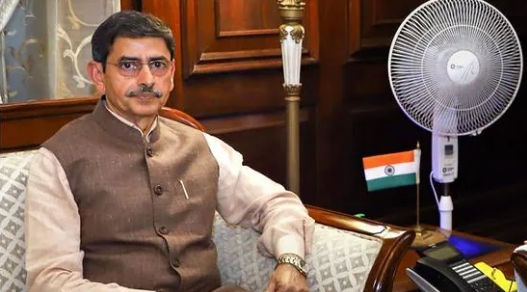 Kohima: The Kohima Press Club boycotted the official farewell function of outgoing Nagaland, Governor R N Ravi, on Tuesday for his alleged “utter disregard” of the press and media fraternity in the state during his years in office.

Ravi was appointed as the Nagaland governor in July 2019 along with his assignment as the interlocutor of Naga talks and was shifted to Tamil Nadu on September 9.

The decision to boycott the state farewell in honour of Ravi was taken by the KPC members, the PTI reported.

The press club president Alice Yhoshu in a letter addressed to editors of newspapers in the state said KPC has unanimously taken the decision to boycott the official State Farewell Programme for the outgoing Governor R N Ravi … This unprecedented step is being taken keeping in mind how Ravi has treated the Press and Media fraternity with utter disregard during his two years in office.

Yhoshu said that by sidelining journalists from local and national media houses based in Nagaland and refusing to interact despite numerous approaches made by the scribes, Ravi as governor of the state had dealt with them with complete disdain.

Ravi had not addressed a single press conference either as governor or Interlocutor for Naga talks. With his utter disregard for the Nagaland-based press/media he had done a disservice to the people of Nagaland, particularly due to his ‘dual role’, she said.

The Raj Bhavan has never been so inaccessible and unapproachable during the tenures of Ravi’s predecessors, she said.

Ravi had not cared to grant interviews to Nagaland-based scribes when the Naga society has been demanding clarity on the Naga political talks and when the state was in the grip of confusion and apprehension over what fate awaited its people after the much-hyped October 31, 2019 deadline to conclude the ongoing Naga peace talks, Yhoshu alleged.

She said that KPC left it to the prudence of its members to decide on publishing Ravi’s state farewell, which has been covered by the government agencies.

We would deeply appreciate it if our Nagaland-based media houses could show solidarity with the stand we are taking today, the KPC president said.

Ravi’s calculated behaviour towards the Press and Media fraternity in Nagaland should not be allowed to become a precedent, she added.