Nagaland CM asks Nagas to be free from chains of violence 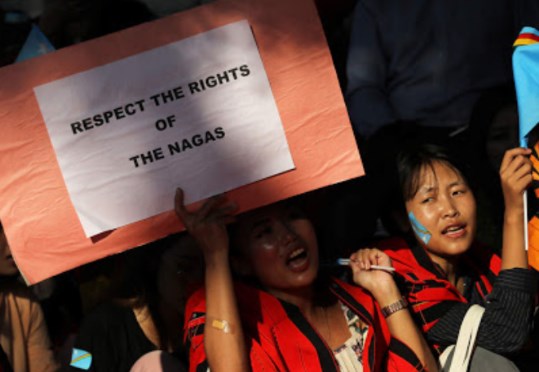 Kohima: Nagaland Chief Minister Neiphiu Rio said that the unresolved Indo-Naga political imbroglio remains the most important issue and it is high time to break free from the shackles of conflict and violence so that Naga society can join the rest of the global community in seeking the common goals of human progress.

He said this while Rio remarked that prolonging political negotiations, delay in finding an early solution and continuation of deadlock have created hurdles and challenges in achieving progress and development.

Rio said that due to shortfall in infrastructure and deficit in human development parameters, the areas of Eastern Nagaland are termed ‘backward’. “But the people and the citizens of these areas are not in any way backward,” he asserted.

In fact, you are all equal members of the larger Naga family, he added. From being un-administered as recently as the 1940s to providing leadership to the Nagas in many areas and even making recognizable achievements at the national and international levels, he said that people of Eastern Nagaland have come a long way.

On the economic backwardness of Eastern Nagaland, Rio said the area required special focus which should be brought at par with rest of Naga society as early as possible.

In this, Rio said investments in infrastructure, improvements in human resources and creation of facilities to improve the capacity of population were just some of the many urgent needs.

Rio appreciated ENPO for its participation and contribution during the consultative meet on the Naga political Issue held at the State Banquet Hall in Kohima on October 15 last year, where a seven-point resolution unanimously adopted.

He said the resolution served as precursor to the four-point resolution subsequently adopted by Nagaland Legislative Assembly on February 18 during the recent Budget Session. Rio described the October 15 meet as an encouraging where the spirit of unity was achieved amongst the civil society organisations and tribal Hohos.

He said this unity has also made even elected representatives to rise above party affiliations to speak in one common voice that Nagas want unity and reconciliation and for all stakeholders of the political movement to rise above differences and work for one common Naga cause.

He listed the measures taken by the Government to address the needs of the people in the eastern areas mentioned that the foundation for a new Medical College in Mon would be laid in the next few days, which he reminded that the real journey has ‘only just begun.’