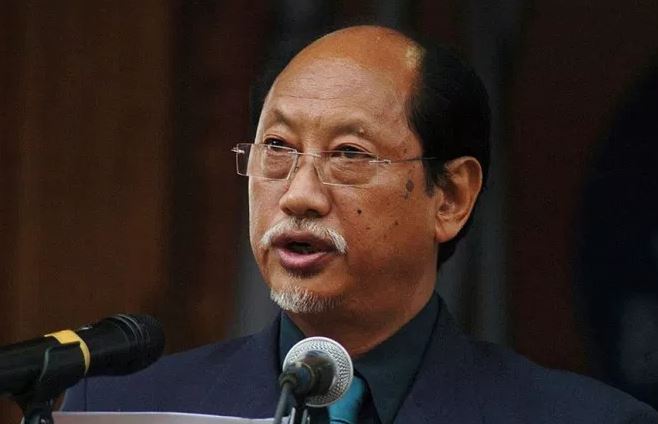 Kohima: The Consultative Meeting with the Naga Civil Society Organisations and Naga Tribal Hohos on the Register for Indigenous Inhabitants of Nagaland (RIIN) was held Friday at the State Banquette Hall in the Chief Minister’s Residential Complex.

In the Consultative Meeting delivering the keynote address Nagaland Chief Minister Neiphiu Rio that the state of Nagaland came into being in pursuance of the 16th point Agreement. As such, the state has the legitimate rights to formulate its own laws and regulations for the interest and protection of its citizens. He said each tribe shall have its own Village, Regional and Tribal Councils in order to deal with issues pertaining to violating of customary laws and usages. He also added that such councils are legal and mandated by the Constitution by an Act.

On Inner Line Permit (ILP) issue, Rio said it should be introduced in Dimapur district after considering the difficulties and problems of the district since Dimapur being a metropolitan city. In this regard, he mooted the idea of formulating a law which protects not only the Nagas but also the citizens of other states. “We cannot harass the citizens of any other Indian, while working on the system of RIIN or implementing the Act”, he clearly stated.

He said identification of indigenous people amongst Nagas of Nagaland is not a problem due to the involvement of village council but identification of indigenous Nagas in other states is a problem, citing the examples of Sikkim, Tripura and Assam where the indigenous people have now become a minority in their own states. Rio also suggested the formation of a smaller group to work on the issue having state and district level committee comprising of apex bodies like Eastern Nagaland Public Organisation (ENPO), Central Nagaland Tribes Council (CNTC) and Tenyimia People’s Organisation (TPO) at the state level, and tribal Hohos and MLAs at the district level. The committee is mainly for the compilation of customary laws and usages and adjudication of disputes.

During the Consultative meeting, the tribal Hohos took a collective decision to go for RIIN but insisted that Banuo Z. Jamir’s report should be made known to the general public before implementation.