The Spaniard extended his record against French opponents to 10-0 at Roland-Garros, and clinched the 300th Grand Slam win of his career to reach the third round. 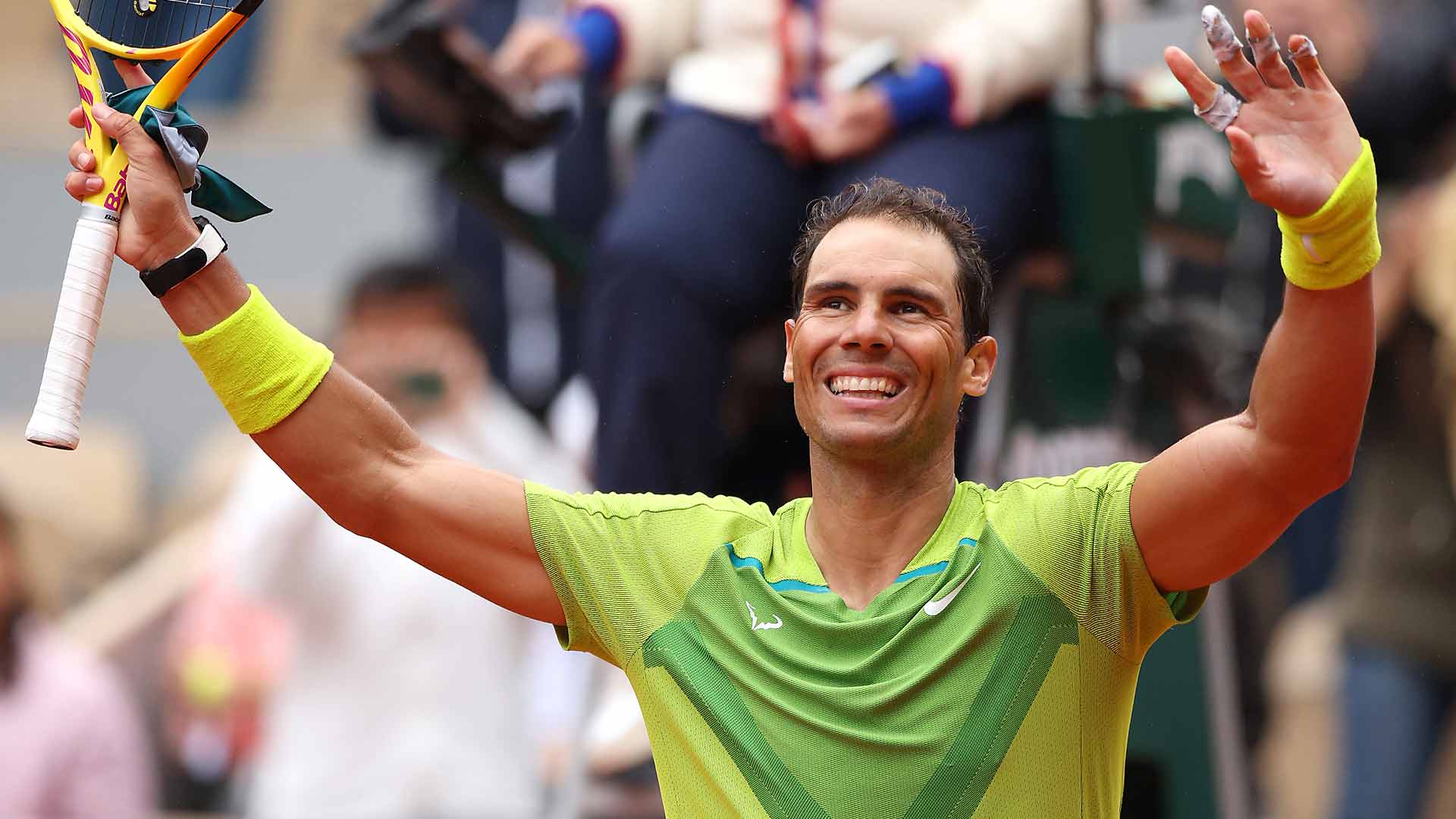 Paris: Corentin Moutet’s lifelong dream of playing Rafael Nadal on Court Philippe-Chatrier finally came true, but it quickly turned into a nightmare as the 13-time champion cruised to a 6-3, 6-1, 6-4 victory in just over two hours early Thursday.

The Spaniard extended his record against French opponents to 10-0 at Roland-Garros, and clinched the 300th Grand Slam win of his career to reach the third round.

“I’m happy I am through in three sets, that’s an important fact for me and that gives me the chance to keep working tomorrow and try to be ready for after tomorrow against a tough opponent,” said Nadal, who will face Botic van de Zandschulp on Friday.

“So let’s see. I am happy about a lot of things that I did tonight, so let’s try to keep going and keep improving tomorrow.”

In the last match of the evening on Chatrier, Nadal ruthlessly attacked Moutet’s serve from the baseline, converting on seven of 12 break points in the match.

Moutet found intermittent success with his aggressive game and drop shots. Some of his best moments came in the third set, when he held an early 2-0 lead and later broke Nadal as World No.5 tried to serve out the match at 5-3.

But Nadal, who led 3-0 and 4-0 in the opening two sets, respectively, pegged back to win with his seventh break. He won the last four points of the match from 15-0 on the Moutet serve, pocketing the match by chasing down a drop shot from Moutet.

Moutet enjoyed fans’ support in the fight against his childhood idol, but could not stop Nadal from improving to 10-0 against Frenchmen, including a 30-2 record in sets. Nadal is 96-13 overall against French opposition, including 16 straight wins.

Nadal also improved to a perfect 14-0 against lefties at Roland Garros (114-16 overall) and 52-0 prior to the fourth round at the Paris major, not including his 2016 walkover to Marcel Granollers.

The Spaniard advances to face van de Zandschulp in the third round after the 26th seed got past Fabio Fognini, who retired after falling behind by two sets earlier on Wednesday.

The Dutchman qualified for Roland Garros and reached the second round last year as the World No. 154. Now seeded for the first time at a Grand Slam, his Friday meeting with Nadal will be his first match against a member of the Big Four.