Rana Roy, Project Officer said the project of 'Poura' bamboo plantation has been going in an efficient manner by the guidelines of NABARD 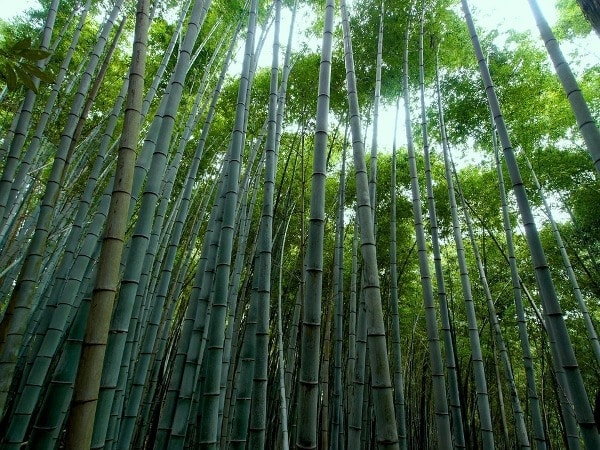 Udaipur (Tripura): The NABARD Tripura Regional Office has been implementing a project for the last nine months to enhance the opportunity to establish a bamboo-based income source with the support of Bagma Agri Producer Company Limited (BAPCL).
Sharing this information in course of conversation with UNI Stinger Kiran Bhowmik, Sudip Majumder Chairman of BAPCL said a project named ‘Farm Sector Promotion Fund(FSPF): Enhancing Productivity Agriculture and Allied Sectors and Creating Market Access- Bamboo Plantation Project’ at the amount of about Rs: 10 lakh has been going on here at Amarpur area under Amarpur subdivision of Gomati District under the supervision of Bagma Agri Producer Company (BAPCL) with the financial assistance of NABARD Tripura Regional Office and expecting it that this project might be addressed all the opportunities to establish bamboo-based income sources with the guidance of experts of different sections like scientists, economists, a specialist on the bamboo sector and all.
A total of 25 families mostly tribal are being selected and going on the project on a 60-acre area to make a bamboo plantation at Amarpur area under Gomati District of Tripura to arrange raw material from bamboo plantation to establish a setup of the bamboo industry to make a platform for earning income by the Tripura people.
Rana Roy, Project Officer said the project of ‘Poura’ bamboo plantation has been going in an efficient manner by the guidelines of NABARD and a demonstration ground of ‘Poura’ bamboo all set with the support of project implementing authority BAPCL. He said it also that the DDM of NABARD for Gomati and South Tripura District Khokan Dey has been playing an important role to give important direction to implement the project to achieve the goal of increasing income as well as the development of the state Tripura with the help of infant industry development.
Referring to the concept of government ‘Atmanirbhar Bharat’, the state government could able to take different initiatives in view of increasing and continuing bamboo based industry with the help of different schemes sponsored by central government and other organisations like NABARD.
The state government of Tripura is very positive in case of implementing different schemes to solve the problem of unemployment with the help of different industrial setup, moreover, the central government of the country India has declared last month some relief measures for the development of the Indian economy, the benefits of relief measures are not getting fully to achieve success as an entrepreneur in the North-Eastern state Tripura, said a section of new entrepreneurs of the state today.
According to a report published by the Centre for Monitoring Indian Economy Pvt. Ltd. that the unemployment rate in June reported Tripura 9.6 per cent in the country where the unemployment rate in India 7 per cent. The people of the state Tripura are depending on agriculture and agri-entrepreneurship development activities. The concept of private entrepreneurship is not a familiar culture for the people of the state Tripura but the concept of entrepreneurship is developing among unemployed youth of the state Tripura. The would-be entrepreneurs are facing problems to start business and they fail to get the benefits from different relief measures for economic development declared by the Government of India due to some reasons.
According to the opinion of bamboo artisans in the state, there is a market for bamboo-based products but the support of the government with higher priority is an important part of the development of the bamboo-based industry to solve the problem of unemployment in Tripura.