Thousands more have been injured, many of them seriously, Dujarric added. 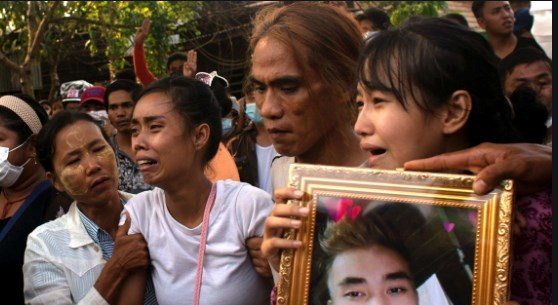 Naypyidaw: At least 707 civilians have been killed in Myanmar since the military coup on February 1, while the true number might be significantly higher, UN spokesperson Stephane Dujarric said in a press briefing on Monday.

“The UN human rights office says that, as of today, credible reports show at least 707 people having been killed since the military seized control of the government more than two months ago,” Dujarric said. “It is believed this may be significantly higher.”

Thousands more have been injured, many of them seriously, Dujarric added.

The spokesman said UN Secretary-General Antonio Guterres reiterated his deep concern about the developments in Myanmar and found the most recent reports of killings by security forces “appalling.”

“The Secretary-General encourages all member states to use their influence to impress on the parties the need to stop this escalation and to take steps that will facilitate the return to civilian rule,” Dujarric added.

He also said that the UN Special Envoy on Myanmar, Christine Schraner Burgener, is currently in the region to promote an effective international response and remains ready to visit Myanmar at the earliest opportunity.

Schraner Burgener said last week that the military junta had barred her from entering the country.