Border talks have been going on between the two sides to resolve their many areas of difference. 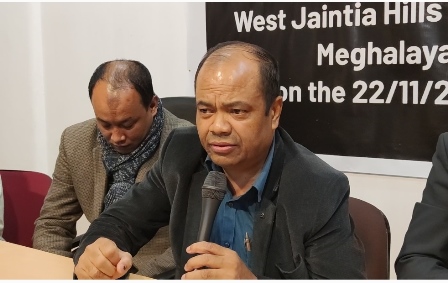 Shillong: Opposition Congress in Meghalaya has demanded the resignation of Chief Minister Conrad Sangma over the Mukroh massacre in West Jaintia Hills district by Assam police.

“We have unanimously resolved to demand that the Chief Minister and his council of ministers take responsibility by resigning and let others who can lead the government and take decisions to protect the people along the inter-state border with Assam,” Meghalaya Pradesh Congress Committee working president Pynshngain Syiem said.

“This would also pave the way for a new government that is committed to protecting Meghalayan residents who live on the border with Assam,” he added

Six persons, including five from Meghalaya were gunned down by the Assam Police at Mukroh village in West Jaintia Hills district bordering Assam’s West Karbi Anglong district on November 22 after the Assam Forest guards had detained a truck loaded with timber.

However, Syiem said that Congress is not in favour of President’s Rule, understandably as this would give the BJP, its arch-rivals, greater control over Meghalaya just a few months before the next assembly election.

Describing the ruling Meghalaya Democratic Alliance (MDA) as “weak” in dealing with Assam, the former Congress legislator said, “What is the use of border talks if our people are killed within the territory of the state? The border talks have no meaning at all.”

Border talks have been going on between the two sides to resolve their many areas of difference.

Lashing out at the Assam police for alleging that the Mukroh villagers were smuggling timber, Syiem said, “Residents have since claimed that Assam police and forest officials routinely extort money from them whenever they transport forest or farm produce.”