The acquisition of REC will help Reliance with a ready global platform and the opportunity to expand and grow in key green energy markets globally, including in the US, Europe, Australia and elsewhere in Asia. 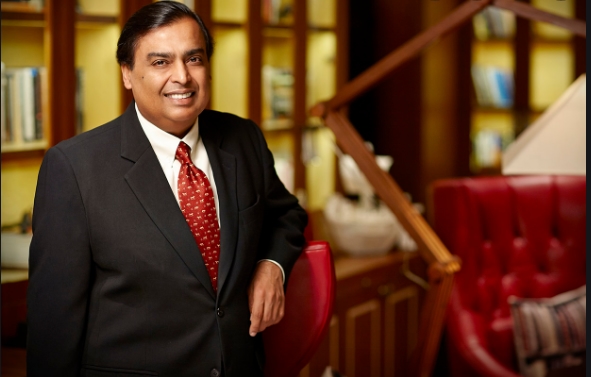 Mumbai/New Delhi: Reliance New Energy Solar, a wholly-owned subsidiary of Reliance Industries Ltd (RIL) on Sunday announced the acquisition of 100 per cent shareholding of REC Solar from China National Bluestar (Group) Co Ltd for an enterprise value of US$ 771 million.

The acquisition of REC will help Reliance with a ready global platform and the opportunity to expand and grow in key green energy markets globally, including in the US, Europe, Australia and elsewhere in Asia.

Norway-headquartered REC Solar is one of the world’s leading solar cells, panels and polysilicon manufacturing companies. The 25-year-old company has three manufacturing facilities – two in Norway for making solar-grade polysilicon and one in Singapore making PV cells and modules.

Speaking about the acquisition, RIL Chairman Mukesh Ambani said, “I am immensely pleased with our acquisition of REC because it will help Reliance tap the unlimited and year-long power of Soorya Dev, the Sun God, that India is fortunate to be blessed with. It is in line with our strategy of investing in new and advanced technologies and operating capabilities aimed at achieving Reliance’s goal of enabling 100 GW clean and green energy before the end of this decade,” Ambani said.

The RIL Chairman stated that together with other recent investments by the company Reliance is now ready to set up a global scale integrated Photovoltaic Giga factory and make India a manufacturing hub for the lowest cost and highest efficiency solar panels.

“We will continue to invest, build and collaborate with global players to achieve the highest reliability, efficiency and economies to deliver high-quality, reliable power at affordable prices to our customers both in India and markets worldwide. I am especially happy about the opportunity to facilitate the creation of millions of green employment opportunities in a decentralised manner in rural and urban areas,” Ambani said.

REC’s Alpha and Alpha Pure range of solar modules are recognized as among industry leaders in efficiency, reliability and long guaranteed life. The heterojunction (HJT) technology used by REC helps its modules surpass the performance of other commonly used technologies in the industry, said a RIL press release.

REC has over 600 utility and design patents, of which 446 are granted and balances are under evaluation. REC was the first to introduce half-cut Passivated Emitter and Rear Cell (PERC) technology, which is adopted by all major manufacturers today, while REC has moved on to its, next-generation HJT technology.

“REC has more than 1,300 employees globally. They will become proud members of the Reliance Family after the successful completion of the transaction and become an integral part of the team that is driving one of the world’s most ambitious missions to drive green energy transition,” RIL statement said.

In India, Reliance plans to use this industry-leading technology in their fully integrated, metallic Silicon to PV Panel manufacturing Giga factory at Dhirubhai Ambani Green Energy Giga Complex, Jamnagar initially starting with 4 GW per annum capacity and eventually growing to 10 GW per annum.