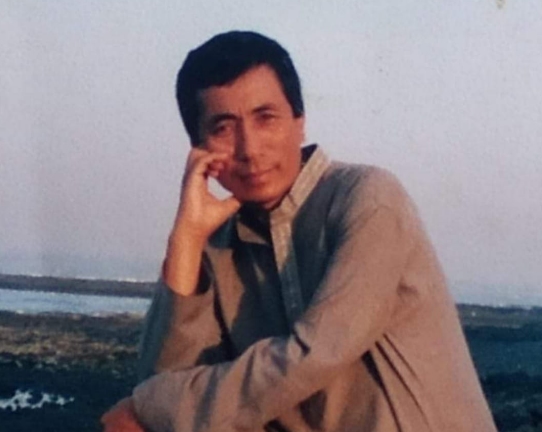 Kamaljeet passed away on April 12, 2021 at the JNIMS hospital, said a press note.

Born on 30 October 1949 at Pangei’s Tangngam village in Imphal East, Em Kay Jeet grew up with a strong passion to work for social upliftment. Later on, he channelized his deep feeling for human values and the moorings of a traditional society through his cinema. He was also an approved lyricist of all India Radio Imphal.

In 1997 his Shankar Film Industry collaborated with Bright Films and produced his first celluloid feature film, ‘Kanaga Hinghouni’. The film dealt with the prevailing time of Manipur, reeling under the extreme impact of drug abuse. For this touching social drama, Huirem Seema who played the main protagonist received the best Actor (female) award and Laimayum Surjakanta Sharma received the Best editing award at the Manipur State Film Award, 1998.

His second celluloid production, ‘Meichak Meichak’ produced in 1999, was co-directed by him with Laimayum Surjakanta Sharma, with whom he interacted intensely on filmmaking and its role in shaping social transformation. Meichak Meichak dealt with the theme of eroding humanity values and universal love. In 2000-01, his third production, ‘Aroiba Bidai’, directed by Oken Amakcham, dealing with the theme of corruption, bagged the Best Feature film award at the Manipur State Film Awards, 2001.

His fourth production, ‘Nongju Ahing’ that peeped into the increasing divide between haves and the have-nots was a super hit at the box-office. EM Kay Jeet had planned to start another production by September 2021 before he was admitted to the hospital on 12 April and instantly passed away upon getting an injecting to extract fluids for his abdomen.

In the demise of EM Kay Jeet, the film community of Manipur has lost a passionate filmmaker who left an enduring mark in the journey of Manipuri Cinema. His absence would be greatly missed, added the press note.