Speaking as the Chief guest in the function the lawmaker said that with the aim of developing the human resources particularly of the youths, two villages, Japhou and Modi villages were assigned as model villages in the district. 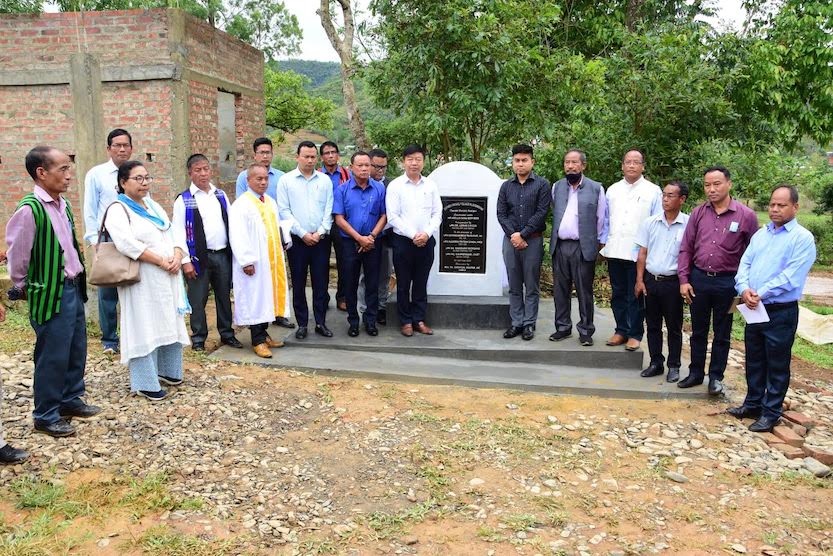 Speaking as the Chief guest in the function the lawmaker said that with the aim of developing the human resources particularly of the youths, two villages, Japhou and Modi villages were assigned as model villages in the district.

He further said the Member of Parliament and the Deputy Commissioner of the district will guide and play the role of leaders but the onus of making these villages a real model lies with the villagers and all the other stakeholders of the villages. He urged the officers of different departments to help these villages in implementing the state and central sponsored schemes and added that though it was a 2020-2021 project, all the DLOs and the District administration should continue extending support till these villages have become a model village in real sense.

He further added that making or being a Model village has a great significance, it is not only about implementing the government schemes but it is to build up and change the attitude of the public and to instilled a feeling of being part of the development process, thus developing a civic sense and making every villagers realise their role in the development process, only than it will become a real Model Village.

The Lok Sabha MP said that being a Member of Parliament, his concerns are not only about any particular religion or communities but  about the whole state, he urged all the people of the State to forget the past differences and unite and work towards a united and prosperous state.

In another event held at the conference Hall of the DC complex Chandel , the MP had a review meeting of the District Development Coordination and Monitoring Committees (DISHA), for Chandel and Tengnoupal District. The review meeting was also attended by the DC Chandel, Mayenglambam Rajkumar , DC Tengnoupal, Mannuamching , SDOs and all the concerned DLOs of the two districts

In meeting the progress of various schemes / programmes covered under DISHA were discussed in detail with Powerpoint presentations by the concerned DLOs of both the districts. It may be mentioned here that a total of 28 (twenty eight) different schemes/ programmes like MGNREGS, PMAY-G, ICDS, DDU-GKY, PMEGP to name few, are covered by DISHA.

The meeting discussed the Achievements, Challenges and future course of Action/way forwards were discussed in detail with the hon’ble MP.(DIPR)