Delaporte further said the issue of moonlighting is not a question of legality, but a question of ethics, and added that the company does not believe it is right to have two jobs, having conflict of interest. 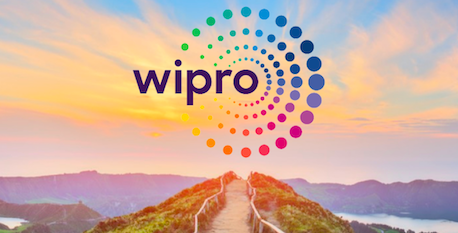 Bengaluru: Debating on the larger issue of moonlighting in the backdrop of a divided opinion in the IT industry, Wipro Limited CEO and Managing Director Thierry Delaporte on Wednesday said it is not a legal issue, but ethical, and it is wrong to do a side job with rival companies.

“It is perfectly fine with someone having a little side job here and there. It is different. If you are working for a company that is in our environment for example (is not ethical),” Wipro CEO said replying to an UNI query after announcing company’s Q2 results.

Delaporte further said the issue of moonlighting is not a question of legality, but a question of ethics, and added that the company does not believe it is right to have two jobs, having conflict of interest.

“I am not saying it (moonlighting) is illegal. I am not talking about side jobs, I am really talking about being in an obvious situation of conflict of interest. I think our employees understand that,” he said.

He said he completely respects those companies which are okay with moonlighting. “We have contracts where we expect our employees to not only dedicate time to Wipro, but also keep time for themselves and for families,” he added.

Elaborating further, Delaporte said when he talks about conflict of interest, it means having been in a position where the employee knows his interests are not mixed.

These remarks of Delaporte come in the wake of a major debate going on, in the country over moonlighting where the IT industry stands divided in their opinion. Some of the companies are okay with moonlighting, but some other companies including Infosys have taken measures to restrict the practice among their employees.

Recently, Wipro fired 300 of its workers for moonlighting. This was announced by Wipro Chairman Rishad Premji in an event that found himself in the receiving end of cryptic mails.

“If you actually look at the definition of moonlighting, it is having a second job secretly. I’m all about transparency. As a part of transparency, individuals in organisations can have very candid conversations,” he said while speaking at an All India Management Association event.

Moonlighting means taking up a second job or other assignments apart from one’s full-time job as “cheating.

Several other IT companies including IBM also have indicated that they will also take strict steps against employees for moonlighting.

NITES has said clauses in the offer letters and employment contracts need to be changed. The group said that they will ensure the fired employees get justice.