Chief Minister Shivraj Singh Chouhan was among those who graced the event. 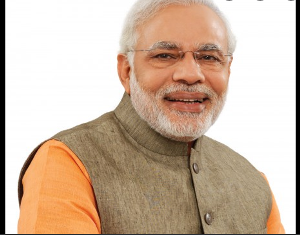 Bhopal: Lavishing praise on Prime Minister Narendra Modi, Union Home Affairs and Cooperation Minister Amit Shah said here on Sunday that, by communicating in Hindi from global platforms, the former personage encouraged those who speak the language and thus converted the brain-drain theory into ‘brain-gain’.

Launching a never-before initiative of medical education in Hindi, the visiting dignitary said, “Brain drain has been an all-too-familiar expression of the 21st century. Indian pupils have imparted education in a foreign tongue. However, students are now being educated in their own language thereby enhancing contemplative and research abilities. Even Mahatma Gandhi emphasized that only English will not serve the purpose – a pupil instructed in his or her own language shall be able to truly offer service to the country. Certain persons publicized English by linking it with intellectual capability but the two actually have no mutual association. Students must emerge from an inferiority complex. Every individual’s psyche accomplishes the process of thought, analysis, and attainment of outcome in the mother tongue. If learning and research are undertaken in the native tongue then the Indian student will earn glory at the international level for the country in the research sphere. The New Education Policy accords considerable importance to the mother tongue and Madhya Pradesh is the first to implement this aspect at the ground level. A system has been put in place for conducting examinations in parent languages. In 2014-15, medical colleges numbered 387 but that figure has since been enhanced to 596. Correspondingly, Indian Institutes of Technology went up from 16 to 23, IIM from 13 to 30, IIIT from 9 to 25, and universities from 723 to 1,043. Engineering books have been translated into Indian languages in ten states.”

Chief Minister Shivraj Singh Chouhan was among those who graced the event.

As part of a project that was underway for many months, MBBS first-year books were translated.